New Yaris gets even 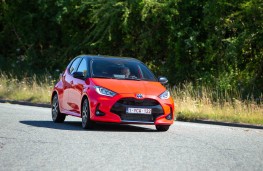 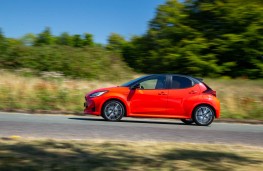 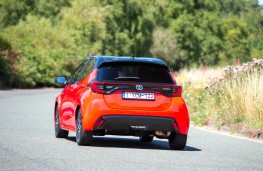 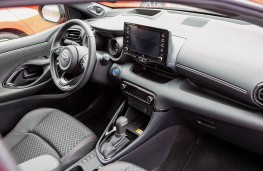 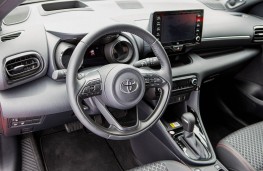 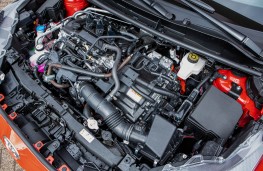 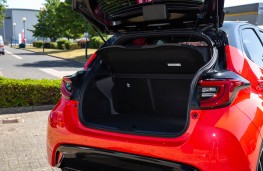 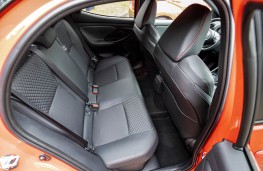 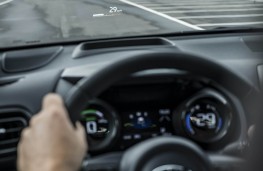 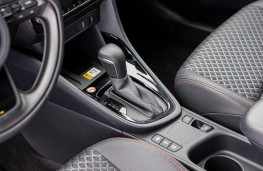 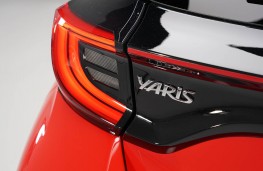 THE Yaris is Toyota's top-selling model in the UK and come September the fourth generation version will be on the road - and it's a groundbreaking car for the Japanese company.

It's the first to sit on Toyota's new compact small car platform, it looks very different and stylish and it's powered by a very economical hybrid engine.

As before, the Yaris is built at Toyota's factory in France and the brand says it has been engineered to be the safest compact car in the world with a full gamut of driver assistance features on all models.

In design it is much more sharply styled than before and Toyota's new approach has created a car that is good looking all round - very contemporary and ahead of the game.

A pronounced grille flanked by a dynamic design flowing around the bottom of the front is complimented by larger than normal wheel arches while at the rear there is a sculpted effect around the rear light panel that stretches across the tailgate.

It's a daring approach and the same is true of the interior which now features a display panel that sits prone at the top of the middle of the dash, a simple approach to the ventilation and air conditioning controls and a multi-function TFT display in the centre of the instrument panel.

There is even a 10-inch full colour head up display system available as an option on top grade versions.

That's part of an option pack that also adds a JBL sound system and an auto-dimming rearview mirror and adds Â£825 to the cost of the top specification Yaris Excel which is priced from Â£22,320.

Initially the Yaris new line up is hybrid only and uses a three-cylinder 1.5-litre petrol engine hooked up to an electric motor to deliver a total of 114bhp.

Eventually that will be joined by a non-hybrid 1.5 and a 1.0-litre version, both with manual gearboxes in lieu of the CVT set up used on the hybrid.

While those will be cheaper than the hybrid they will lack the new Yaris' eco credentials which see it coming with a combined fuel return of up to 68.9mpg at best and emissions of 92g/km.

And that is no idle boast. On our run in the new Yaris we saw an average of up to 71 to the gallon out on the open road and even around town managed to match the official figure.

Top speed is a claimed 109mph with 0 to 60 acceleration of 9.7 seconds and the way the transmission behaves is much more user-friendly than previous Toyota CVT systems.

The new construction is also stiffer than before and that has helped on the handling front while noise levels are also nicely suppressed.

Boot space at 286 litres is the same as the current model and at 3.94 metres long it is also the only supermini to come in at less than four metres which all helps when it comes to manoeuvering and parking.

Luggage convenience is enhanced by a split floor arrangement with more room underneath while the seat backs drop for more space inside.

The hybrid Yaris we sampled also had an electronic parking brake complete with an auto hold function which is so handy in traffic.

The fuel tank remains relatively small at only eight gallons because of the hybrid system but with the expected economy range is not an issue.

Bigger tanks are likely to be fitted to the non-hybrid cars and although the models we sampled were left hand drive cars made in European specification Toyota in the UK will be offering 600 high specification launch editions of the new Yaris in special paint finishes and with a full set of extras for £24,005.

Interior space is par for the course for a supermini and as a five-door model, getting in and out is without the issues presented by earlier three-door versions.

Safety is a strong point of the car and the Yaris marks the introduction of some new features for Toyota including a device to prevent impacts when turning at a junction.

It also has three airbags in the the front, adding a central SRS to those for the passenger and driver.

All in all the new Yaris has moved on to take Toyota into fresh territory in the small car market and it is genuinely a little model with big car features.

Last year the Yaris notched up more than 28,000 sales in Britain and its dominance in the Toyota fold looks well set to continue, especially with the new one having so much going for it.