By Jon Smith on 2020-08-16 - Jon is a senior motoring journalist with a background writing for weekly/provincial daily and national newspapers and magazines. He has held executive news and features positions in Fleet Street and evening titles. Former Pirelli Motoring Writer of the Year winner. Currently specialising in product launches, safety issues, car tests and future motoring trends. 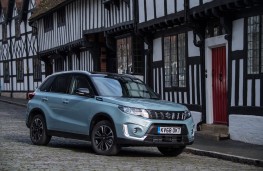 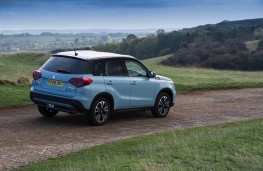 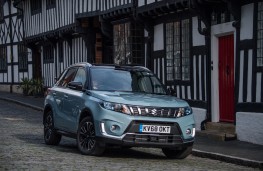 IT'S one of the major decisions facing car buyers at the moment - which fuel to favour.

Do you go the whole hog and fork out for electric? Is it better to sit on the fence a bit longer and opt for a hybrid which lowers CO2 but is cheaper to buy and less of a sweeping change?

Then there are many who'd rather stick with diesel or conventional petrol, both now much cleaner and fuel efficient.

Unsurprisingly, it's a dilemma facing manufacturers too. And Suzuki, known and lauded for their advanced engine design, has chosen to devlop new petrol-hybrid engines for their Vitara and Swift models.

It was the new Vitara Hybrid that I drove straight out of lockdown.

Sporting one of the few 20-plates currently on the road, and bedecked in solar yellow paintwork and black roof. With up to 20 per cent lower CO2 emissions and a 15 per cent improvement in economy, it's a win-win situation, added to which the weight gain through the hybrid system is a mere 15 kilos.

The original Vitara won friends for its eager nature and responsive performance. Now with 129bhp from the 1.4-litre Boosterjet engine, torque and acceleration is further boosted.

The SZ5 model I borrowed is top dog and comes with all-dancing trim and goodies including opening glass pan-roof, sat-nav, dual level boot space, rear parking camera and air con at a price of £26,549.

Unlike many SUVs, it's spirited drive. Forget the stats such as a 10 second dash to 62mph, more important is the immediacy and general energy of the Vitara. There's an innate sportiness that makes it fun to punt along country lanes and this ability is emphasised by its modest roll angles and communicative steering.

The engine is refined and smooth but not the quietest unit under full acceleration. With six-speeds, the manual gearbox relaxed and settles down to a distant thrum at motorway speeds.

As far as economy goes, there's a temptation to shove the eager Vitara along, nevertheless consumption always stayed above 43mpg with a best of around 50mpg on gentle running.

A tad smaller than most rival high-riders, the Suzuki still has enough room for four to sit comfortably, leaving 375 litres of luggage room. The boot floor can be moved to either retain a secret hiding place for valuables or increase overall capacity. Rear seats fold down to expand the cargo area to 710 litres.

If there's an area where it falls behind some of the newer opposition, it is in cabin quality. A few scratchy surfaces and doors that shut without that reassuring ‘thunk' create a more utilitarian perception of the Vitara despite its engineering prowess. 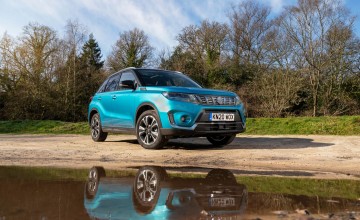