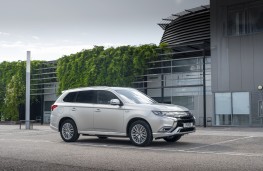 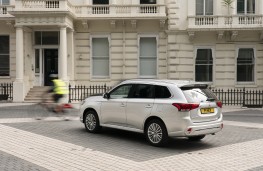 A NEW survey claims to show the meaningful role plug-in hybrids (PHEVs) play in the transition to a future of fully electric mobility.

Carried out by global market research company Kadence International on behalf of Mitsubishi Motors in the UK, the survey of more than 1,000 Mitsubishi drivers, split almost equally amongst plug-in hybrid drivers and those with conventional internal combustion engines (ICE), found almost half of Outlander PHEV owners (48 per cent) considered a full electric vehicle when deciding which car to buy, compared to just nine per cent of drivers of petrol- or diesel-powered vehicles.

Among Outlander PHEV owners who considered a full electric vehicle, concerns about the electric range and a sense EV technology needed to improve were seen as the main barriers to committing to pure electric vehicles.

Despite the reluctance of many ICE drivers to go full electric, almost a quarter (23 per cent) did consider a PHEV in the decision process when they bought their current ICE car.

More than a third (34 per cent) of all drivers of petrol- and diesel-powered Mitsubishis would consider a PHEV as their next car, underscoring its potential as a transitional technology on the road to decarbonised transport.

The researchers claim plug-in hybrid vehicles not only have an immediate environmental impact, but help familiarise consumers with electric vehicles, providing the perfect segue to a pure electric future.

The survey also revealed 70 per cent of Mitsubishi Outlander PHEV owners would consider a fully electric vehicle for their next purchase compared to 27 per cent of ICE drivers.

Rob Lindley, managing director of Mitsubishi Motors in the UK, said: "This latest research reinforces the fact that PHEVs are a gateway to an all-EV future.

"Consumers still harbour concerns about pure electric vehicle range, affordability and relying on the nascent nature of the charging infrastructure in the UK, all of which can be addressed by PHEVs while these issues are resolved over time.

"In the interim, PHEVs can help both the industry and government make an immediate impact on climate change and air quality, especially in urban areas, and speed up the acceptance of electrified vehicles."