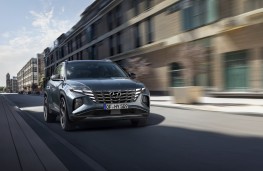 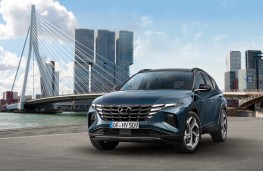 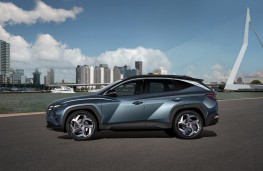 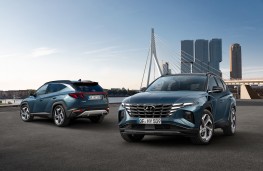 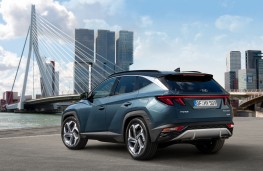 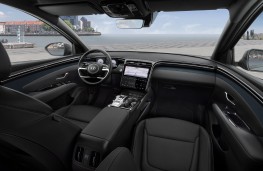 HYUNDAI has taken the wraps off its latest Tucson medium-sized SUV to reveal a model with bold styling and packed with technology.

The new model - the fourth generation Tucson - will be built for the UK at the Hyundai factory at Nosovice in the Czech Republic and is due on sale later this year.

Prices are still to be announced but are expected to be similar to the current model which starts from the low £20,000s.

Hyundai says that much of the design of the new model is experimental and it includes parametrtic ‘hidden' lights which flow into a bold looking grille.

Deep body cuts are a feature of the side design while on the inside the car features a clutter-free approach to the instrumentation which is centred around a 10.25-inch display screen with touch control - the first Hyundai to have a full touchscreen console.

The car will be powered by a variety of engine choices including plug-in and hybrid options and Hyundai says the Tucson has the most electrified powertrain choice in its class.

It is bigger than the current model at a 4.5 metres in length is some 20mm longer. It is also wider and longer with a 2.68 metre wheelbase.

Boot space has been increased significantly and is now up to 620 litres with that expanding to 1,799 litres with the rear seats folded.

The hybrid models have slightly smaller luggage compartments to accommodate their electrical systems while all versions have more interior space, especially in the rear where there is more than an inch of extra legroom.

"Hyundai is the brand with the broadest line-up of electrified powertrains, ranging from mild hybrid, hybrid, plug-in hybrid, battery electric to fuel cell electric variants," said Michael Cole, president and CEO at Hyundai Motor Europe. "With the introduction of the all-new Tucson it was key to also expand the electrification to our global best-selling SUV.

"This launch marks a further milestone for Hyundai, as we now offer electrified versions of our full SUV range. With its progressive design and state-of-the-art powertrain line-up, the all-new Tucson will remain one of the key products for Hyundai in Europe."