By Peter Keenan on 2020-09-19 - Peter has been with the Birmingham Post & Mail since 1990 and took on the role as motoring correspondent in 2007. He has been part of the Driving Force team for more than 10 years and his reviews are used nationwide by Trinity Mirror publications. 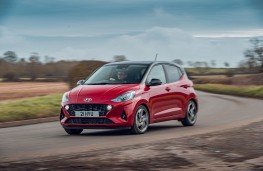 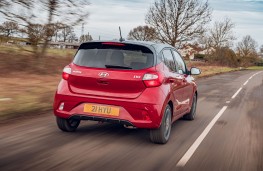 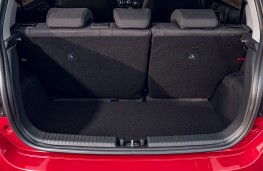 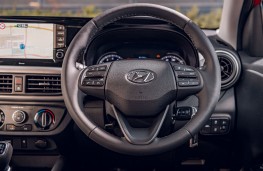 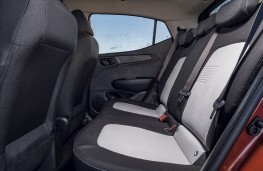 THE third generation of the Hyundai i10 is a small motor with big ideas.

The latest version of the Korean company's dinkiest model went on sale at the start of the year taking on a raft of rivals in the city car sector of the market.

Its selling points are extra space and a plethora of gadgets and safety equipment designed to help it stand out from the pack.

The i10 can easily cater for four adults - five at a push - thanks to a larger wheelbase which gives it extra width while the car seems to hug the road as it is now almost an inch lower than the previous incarnation. Boot space is roughly the same at 252 litres with a maximum of 1,050 available when you fold over the rear seats.

Sliding on to the comfortable driving seat reveals an Aladdin's Cave of delights in the Â£15,620 Premium model. The treasure trove's centrepiece is an eight-inch touchscreen display accessing the digital radio with Apple CarPlay and Android Auto allowing smartphones to be hooked up to the system.

The heated multifunction steering wheel gives the driver control of the audio and phone functions plus the cruise control with speed limiter.

The airy cabin - benefitting from honeycomb designed trim for the dash and the doors - maintains a pleasant atmosphere via an easy to operate air conditioning system while privacy glass for the rear windows and tailgate give that rock star vibe for passengers in the back.

A host of optional extras are also available, including Hyundai's Tech Pack which adds a wireless smartphone charger, satellite navigation and an intelligent speed limit warning system for an additional Â£1,000 while a two-tone paint job can be chosen for an extra Â£500. Metallic or pearlescent paint costs an additional Â£550.

The 1.2-litre petrol engine underneath the bonnet of the model featured here is no slouch zipping the i10 about the urban jungle with aplomb.

The punchy power unit shaves two seconds off the 0-62mph time of the only other engine offered - a 1.0-litre petrol - to achieve the mark in 12.6 seconds on its way to a top speed of 106mph.

Fuel economy under the WLTP test cycle is good with an official average figure of 51.4mpg while emissions are 124g/km.

The ride and handling are good with an efficient suspension soaking up the majority of challenges provided by the nation's lamentable road surfaces. There's a decent amount of grip in corners and when you get to your destination parking is a cinch thanks to parking sensors and a rear view camera. 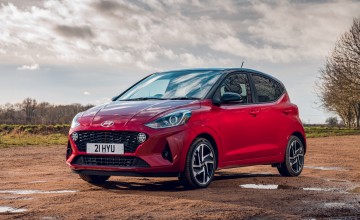