The mid-size luxury SUV, which sits between the Range Rover Evoque and Range Rover Sport in the family line-up, now offers up to 33 miles in pure electric power.

The new 2.0-litre four-cylinder P400e plug-in hybrid produces a combined 398bhp and 640Nm of torque from itspetrol engine andelectric motor, with a 0-100km/h time in 5.4 seconds.

With zero tailpipe emissions in electric mode, the newcomer has a real-world all-electric range of 33 miles (53km), official fuel economy of up to 130.2mpg and CO2emissions from a low 49g/km.

A new family of 3.0-litre straight-six Ingenium engines is also introduced to the Range Rover Velar for the first time. The latest generation of petrol and diesel engines are available with 48-volt mild hybrid electric vehicle (MHEV) technology for reduced fuel consumption and heightened refinement.

The new engines are available with mild-hybrid electric vehicle technology (MHEV) in addition to the latest engine technologies, for efficient performance.

The MHEV system uses a Belt integrated Starter Generator in the engine bay to harvest energy usually lost under deceleration, which is then stored in a 48V lithium-ion battery located beneath the rear loadspace.

Additionally, the next generation four-cylinder Ingenium D200 (201bhp diesel) is introduced on the Range Rover Velar, offering more power, lower CO2and improved fuel economy. The engine is offered with the same 48-volt mild hybrid technology as the rest of the range, with CO2from 165g/km and fuel economy of up to 44.9mpg.

The latest Velar features digital screens that are now fitted with Land Rover'sinfotainment system, Pivi and Pivi Pro, designed around ease of use, with a simple interface reducing the number of interactions to enhance safety.

Customers can access software updates ‘over-the-air', reducing the need to visit a retailer. An embedded data connection means customers have access to the latest maps, apps and vehicle software modules with updates scheduled via the touchscreen at a time to suit them.

The experience inside the Range Rover Velar is now an even calmer sanctuary with the addition of active road noise cancellation. This works like a pair of high-end noise cancellation headphones, constantly monitoring vibrations from the road surface and calculating the opposite phase sound wave needed to remove the noise heard by the occupants.

The effect is subtle, says its maker, but the minimum reduction of four decibels ensures an even more refined and calming interior space.

A new cabin air filtration filters out fine particulate matter, allergens, pollen and even strong smells. Activated via a ‘Purify' button in the lower touchscreen, it is capable of filtering ultrafine particulate.

The ‘Range Rover Velar Edition' provides even more customer choice and features a combination of exterior and interior upgrades. Based on the R-Dynamic SE specification, enhancements include a black contrast roof and matching 20-inch black alloy wheels. The distinctive new special edition model is available exclusively in Lantau Bronze metallic paint, as well as the new Hakuba Silver, Santorini Black or Eiger Grey.

Prices start from £46,110 and first deliveries of the plug-in hybrid versions are expected early next year. 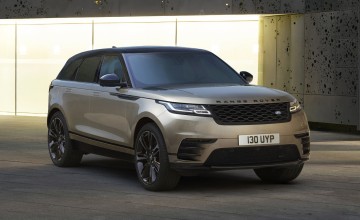 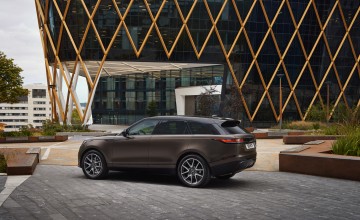