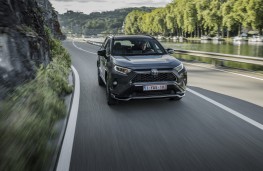 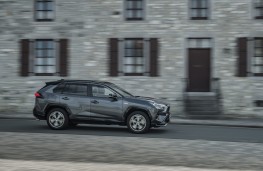 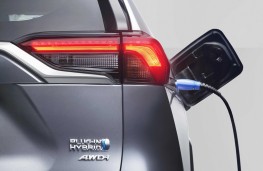 THE plug-in hybrid Toyota RAV4 will be the most powerful version of the SUV to be produced by the Japanese car maker.

With 302bhp on tap the RAV4 Plug-in has a 0 to 60 time of six seconds - some two seconds faster than the regular hybrid model.

Toyota says that the plug-in is 38 per cent more powerful than the hybrid and will be rated at 282.5mpg on paper. Emissions are said to be 22g/km.

The car will have a full electric range of up to 46 miles and can travel at up to 84mph on electricity alone.

That distance increases to up to around 60 miles in urban driving on a full battery charge - comfortably more than the average daily commuting distance.

Toyota has developed a more powerful hybrid system for RAV4 Plug-in, making changes to the components in the fourth-generation hybrid technology featured in the current RAV4 Hybrid model.

The power control unit has also been adjusted with the addition of a boost converter to that more power can be drawn from the battery. The front electric motor's output is also increased, by 46kW to 134kW.

Battery charging can be accomplished in 2.5 hours using a 230V/32A connection.

Toyota says it will release more technical information and pricing for the new model soon. The plug-in RAV4 is due to arrive in spring next year. 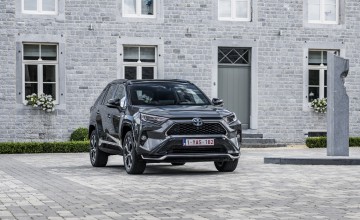