By Lee Gibson on 2020-09-26 - A journalist with nearly 30 years of experience on some of the biggest regional newspapers in England and Wales including the Birmingham Mail, Express & Star, Western Mail, the Sunday Mercury and Wales on Sunday. He currently edits the Sunday Mercury motoring pages as well as contributing to Eurekar. 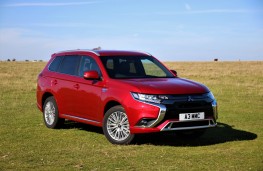 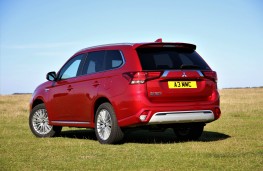 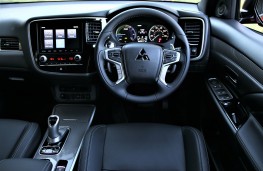 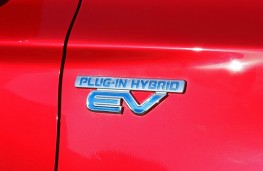 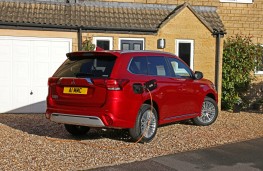 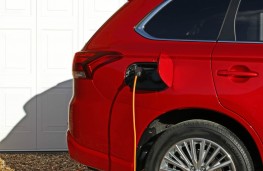 PLUG-IN hybrids are very much in vogue at the moment - offering an appealing solution to drivers who might quite like the idea but aren't yet ready to go fully electric.

The theory is simple - plugging in overnight lets you go about much of your daily driving on electric power alone while the reassurance of a conventional engine means no worries about running out of wattage on longer journeys.

You're saving fuel and helping the planet when pottering around on the school run or to the supermarket but won't get left stranded on the motorway halfway to the family staycation or going to visit granny at the other end of the country.

Given these obvious advantages it's a little surprising that plugging in has taken so long to take off - but one of the reasons it has is undoubtedly the success of the Mitsubishi Outlander PHEV, or plug-in electric hybrid vehicle.

When it hit showrooms in 2014, the Outlander was an instant hit, quickly racing past 50,000 global sales, and remains the best-selling plug-in vehicle - hybrid or electric - in the UK.

One of the key reasons for this popularity is undoubtedly the fact that, as well as meeting the public's demand to drive greener vehicles, it also boasts genuine 4x4 capability with the comfort and space of an SUV.

A 2.4-litre petrol engine combines with electric motors on both front and rear axles to deliver a smooth drive with the car switching seamlessly between electric-only and hybrid power depending upon the battery charge level and driving conditions.

The range on electric power alone is a claimed 28 miles, which, given much modern driving consists of relatively short trips in urban or suburban stop-start traffic, could account for much of your daily usage and make trips to the pumps few and far between.

And if you're commuting and can charge the Outlander while you are at work, you could effectively double that, theoretically getting to and from the office, factory or whatever all week without burning any juice at all.

As with any large SUV, nimble and agile driving dynamics aren't the Outlander's forte but it is a relaxed and refined motorway cruiser, effortlessly eating up the miles, and neither are you short of pace when needed, with those electric motors adding an extra boost whenever you put your foot down.

What SUV buyers are more interested in is space and practicality and the Outlander certainly delivers in those areas.

Five adults will fit comfortably, with plenty of legroom in the rear, while the elevated ride height typical of such vehicles offers good all-round views for the driver and a feeling of added safety for all on board.

The diamond quilted leather upholstery and veneer finishes in our Exceed spec test car give the interior a genuinely upmarket feel while new additions for 2020 include a power lumbar support system for the driver and, on all but entry-level cars, an improved eight-inch touchscreen infotainment system with smartphone integration.

Equipment levels are generous on all models but at this near range-topping level you want for little with navigation, air conditioning, heated front seats, heated steering wheel, 360-degree parking camera, front and rear USB ports and a powered tailgate among the long list of bells and whistles.

The battery pack doesn't devour boot space either, as is the case with many hybrids, but is integrated into the floor, so you get a very handy 463 litres of load space and fold-flat rear seats - although there is not the seven-seat option you get with a standard Outlander.

Nevertheless, the Outlander PHEV is an accomplished hybrid which boasts other attributes that make it an attractive package for buyers looking for plug-in power.