VOLKSWAGEN somehow managed to distill even more of what makes the Golf GTI great when it produced the Scirocco coupe and it created something which is truly extraordinary.

This is a car that drives like a dream and is one of the best driver's cars on the market.

When it was launched I wasn't convinced by its "squashed Golf" looks but familiarity has improved that styling tremendously.

The Scirocco has been around now since 2008, and only went out of production two years ago.

It's immensely agile and composed , superbly surefooted even on twisting roads with poor surfaces, and later models can be fitted with an adaptive suspension system that brings improved comfort over long journeys.

This is one seriously superb and magical driving car, right up there with similar offerings from BMW.

From summer 2014, a facelift brought a more distinctive and aggressive look and a revised range of petrol and diesel engines offering more power.

The makeover was completed with new alloys and a refreshed interior with extra dials.

The handling is exquisite, with great steering feel bettered by no other mainstream car on the market.

And tremendous grip brings almost unbelievable roadholding, with brakes more than a match to tame all the horses when required.

It even rides beautifully without the adaptive suspension, and has a suppleness that belies the marvellous cornering verve.

Then comes a 2 litre TSi with between 177 and 216bhp. These are real flyers, covering the sprint in between 7.2 and 6.3 seconds, while managing around 46mpg.

Even the cheapest 1.4 turbo is not slow and gives plenty of fun, but the smooth 2 litre petrol is a gem, with huge acceleration from almost any speed, and the diesel's economy and performance combination will make it the best for regular long journeys.

Despite a fairly high roofline, the Scirocco's not the practical coupe it initially looks, with a small boot and rear seats for two that are not easy to get into. If you need extra practicality then opt for the Golf GTI or GTD five doors.

There is plenty of legroom front and rear, but equipment in standard trims is only fair so make sure any that you are interested in have all the bells and whistles you want.

The mid-range GT has alloys, excellent adjustment for the sports seats, heated mirrors, alarm, traction control, audio remote and front foglights. But as standard, there's no sat nav, no cruise, and no reversing sensors, all of which should be part of the package.

Also, the long doors are very awkward in car parks and make reaching the seatbelt an absolute pain. 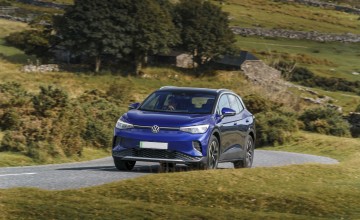 THE first fully electric SUV from Volkswagen will be arriving in March as the...