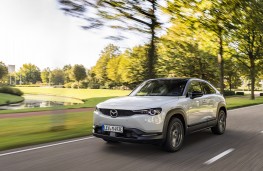 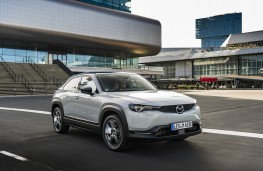 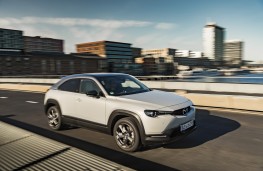 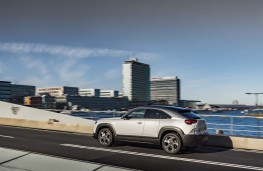 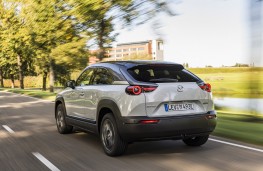 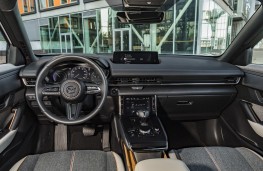 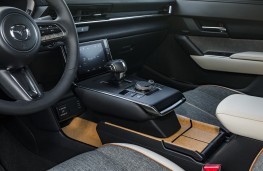 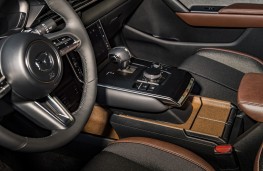 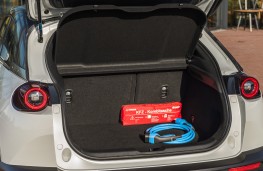 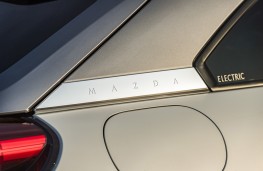 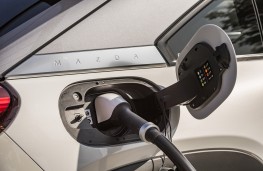 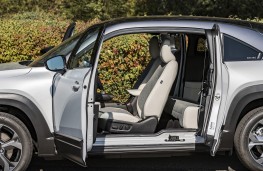 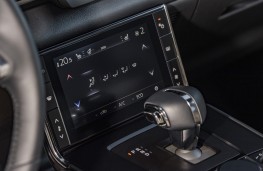 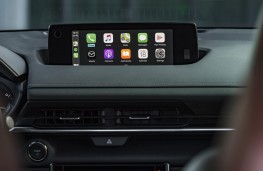 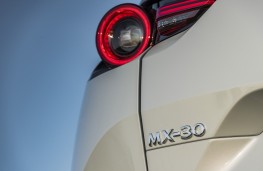 AN electric car with a difference is on the way from Mazda as the Japanese car maker launches its first battery-powered model.

It's a compact SUV called the MX-30 and it comes with design features that are going to be a talking point.

First of all, the rear doors are backward opening to allow free access to the interior which in itself is decidedly posh and features cork as a material used in the trim.

That's a nod to Mazda's hundred year history which saw it starting out as a company distributing cork in Hiroshima before concentrating on automotive matters some 60 years ago,

The MX-30 is its first production EV - although it showed a concept all electric vehicle at the Tokyo Motor Show back in 1970 - and it's due for release in the UK in 2021.

Prices after the Â£3,000 Government grant for low emission cars start from Â£22,545 and that's almost bargain basement in the current EV world.

The four model range will top out from £26,845 for a high specification GT Sport Tech version and to kick off its electric adventure Mazda will be offering a limited number of First Edition models priced from £24,495.

At a glance the MX-30 looks very similar to Mazda's CX-30 compact SUV and at 4.395 metres long it's exactly the same.

However, the MX-30's body is slightly more rounded to help its aerodynamics and it's powered by a 35.3kWh battery giving it a single charge range of some 124 miles.

That doesn't sound a lot but it's enough to make it more than an everyday commuter - and in town Mazda says a range of more than 160 miles is possible.

Recharging up to 80 per cent capacity can be done in 36 minutes from a rapid charger while a full recharge at home takes around five hours - and the recharging point is on the driver's side of the car.

On the performance side, the 0 to 60 acceleration time is 9.7 seconds and the MX-30's maximum of 87mph should be more than enough in everyday use.

Boot capacity ranges from 366 to 1,171 litres and while that's smaller than the CX-30 it is still nicely practical.

Where the MX-30 impresses is with its handling and Mazda has tweaked the car's wheel vectoring system to make it highly responsive.

There are five levels of brake regeneration to go at which are controlled from paddle shifters flanking the steering wheel and in the higher settings single-pedal operation is possible, stopping without using the brake pedal if you're careful.

And to complete the picture Mazda has fitted the MX-30 with a muted artificial engine sound which apparently helps the driver's levels of attention in what would otherwise be an almost silent cabin.

The interior is a class act and the car we sampled was all set off with cork trim around the centre console.

As well as Mazda's slim-look nine inch display screen on the top of the dash there's also a seven inch screen for the ventilation system ahead of the nicely chunky gear lever which sits in the middle of a ‘floating' section of the centre console which gives additional storage space below.

A head up display is standard on the MX-30 and a Bose sound system is an option on higher specification models which overall makes the car supremely well equipped.

On our run of just under 50 miles on open roads the MX-30 used up some 43 per cent of its charge and was showing a range of 70 miles remaining - a slightly better figure than was trailered.

If there is a compromise it's with the rather small side windows for the rear seat passengers although that's the price of the extra sturdiness required for the back doors and the lack of a central pillar.

Mazda has used such a ‘freestyle' door arrangement - as it calls the design - on the RX-8 rotary-engined coupe of some 10 years ago and while distinctive, getting in and out of the rear can be on the tight side for anyone above average build.

Nevertheless, it's an unusual feature and one which gives the MX-30 its own appeal - as does a simple but clever styling addition in the shape of a silver strip bearing the Mazda name on the base of the rear pillar.

And on the rotary engine front, Mazda will be giving the system another shot on the MX-30 next year when it uses such a set up to work as a range extender, generating electricity from a tiny petrol engine to supplement the output of the battery pack.

As such Mazda says it will have double the range - although with not quite as much environmental street cred as it gives the MX-30 a CO2 output and that comes with an associated tax charge missing on the all-electric version. 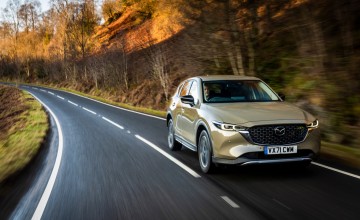 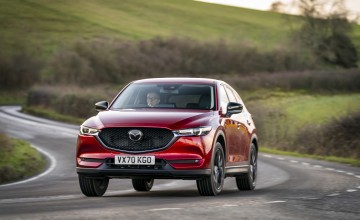