By Maxine Ashford on 2020-10-27 - Maxine has been a journalist since the late 1980s and for the past 13 years has specialised in motoring. Former motoring editor at Media Wales responsible for the Western Mail, South Wales Echo, Wales on Sunday. Freelance since 2009, Maxine loves cars but not quite as much as rugby! 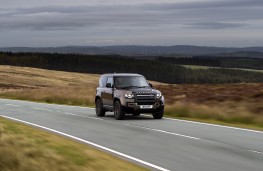 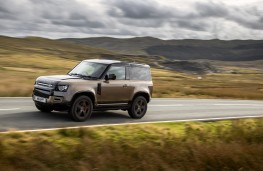 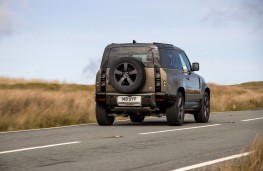 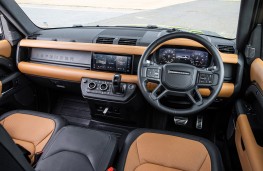 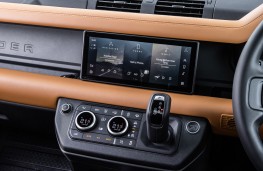 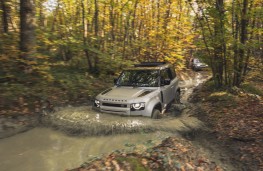 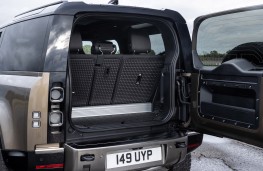 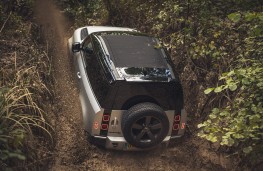 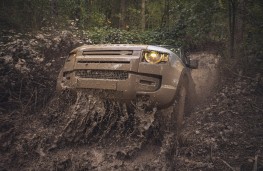 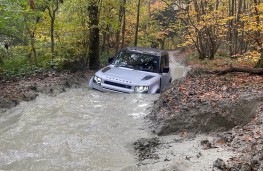 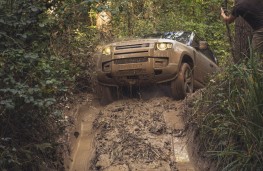 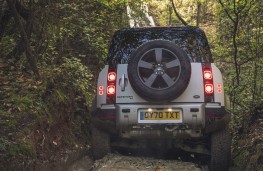 REPLACING a model that has gained such iconic status as the Defender and Series models before them is no mean task, but it was the mission designers, engineers and technicians at Land Rover faced.

The Defender 90 and 110 were built at Solihull in the UK on a human production line until January 2016, but the costs, practicality, and sustainability of the process led to the announcement that the car needed to be mass produced in line with other models to meet the likes of stricter safety regulations.

But that meant risking losing the quirkiness and all-round appeal of one of the grittiest workhorses out there - a vehicle that just runs and runs and is renowned as the easiest model to modify or repair.

It also meant the company risked upsetting the legion of die-hard Defender fans who would not only be opposed to any radical change, but could turn their back on the Land Rover brand in protest. So, as I say, no mean task.

And not only did the company need to keep some styling traits the same to maintain the Defender identity and appeal, they also needed the vehicle to possess all the awesome off-road ability of previous models and then some.

However, following on from the recent successful launch of the larger five-door Defender 110, comes the short-wheel based Defender 90. And it still possesses plenty of Defender dna, charm, character and charisma - it's simply been dragged kicking and screaming into the 21Century.

The new model is a looker and retains a number of traditional styling cues that are a design master stroke. The three-door vehicle keeps its box-like stance with hinged rear door complete with spare wheel. The fairly upright windscreen remains as do the circular headlights, and the interior, while being modern and packed with the latest technology, still looks uncluttered and robust.

Old Defender 90 was a superb off-road vehicle and the new one raises the bar even further. And what it does bring to the mix is an on-road driving experience that none of its predecessors came close to.

In addition, buyers need to decide at the point of ordering whether they want the vehicle to ride on coil springs or with air suspension - the latter costing Â£1,615 more.

When it comes to powertrains, there are 2.0-litre and 3.0-litre petrol units and 3.0-litre diesel engines with varying power outputs. All models are all-wheel drive and have automatic transmissions.

We had a day with the new Defender 90 both on and off-road and it certainly lived up to all the high expectations and hype. We took to the road in the high-end Defender 90 X P400 costing a whopping £77,400This model features all the bells and whistles and was powered by a 3.0-litre six-cylinder petrol engine developing 400PS and 550Nm of torque. It could reach 60mph from a standstill in 5.7 seconds and maxed out at 130mph while delivering a combined 25.5mpg with carbon emissions of 252g/km.

The interior is beautifully designed yet the Defender boasts a clutter-free, minimalist styling with a hardy dashboard and grab handles. There is a central touchscreen, but it's not flashy like on rival premium 4x4s. You feel like it's there to serve a purpose rather than for cosmetic reasons.

There are push button controls that are simple to use on the fly and dials to access the climate control and likes. The chunky gear lever looks really sturdy and there is a wealth of on-board technology to explore, including full smartphone connectivity, navigation, a 3D surround camera, two-zone climate control, a heated steering wheel, heated, powered seats and lots more besides.

There is a really smart, but again not garish, digital display screen behind the wheel that can be personalised to show the likes of sat nav directions or off-road data.

But the area where this latest Defender 90 leaves its predecessor in the shade is the comfort and refined driving manner. It moves smoothly through the 8-speed automatic gearbox and the acceleration is rapid and constant meaning you can overtake slower moving farm traffic with ease - rather than build up the nerve in older models!

The suspension set-up is really well thought out - no longer are you jolted all over the place the moment you hit a pebble. Instead, the ride is cushioned and the vehicle is well planted so bends can be attacked with a degree of confidence rather than a sharp intake of breath.

There is room within the car for six occupants with the front central armrest lifting up to offer extra seating when needed. This area, also known as the ‘jump seat', can be completely removed for a clear walk-through space if required.

Next up, was one of the most challenging off-road courses I have seen. In fairness to Land Rover, they were happy to prove the Defender 90 was as tough as it needs to be.

But this wasn't about speed or economy, it was all about brute force and off-road ability. Using the Terrain Response system we quickly opted for the ‘Mud' setting and activated the Hill Descent Control system and then it was off into the wooded tracks at Eastnor Castle - an area that Land Rover frequently uses to test its vehicles to the full.

For more than two hours, the Defender 90 ploughed its way through boggy tracks, waded through water troughs and even took on the challenge of the Camel Pits - a series of water drops and steep climbs that was once used for UK selection for the gruelling Camel Trophy competition.

The Defender 90 was simply unstoppable in its mission to get around the course without faltering. It powered through the mud and maintained grip through deep rocky water obstacles. It climbed hills that I couldn't see the top of and dropped at ridiculous angles with the hill decent control in charge of the braking.

I have long been a fan of the Defender models and my fear that it would lose its identity and thrill-seeker's magnetism due to the new developments were definitely put to bed.

Land Rover is incredibly proud of its Above and Beyond motto and the new Defender 90, built in Nitra, Slovakia, is the latest model to carry forward that mantle. It's very capable off-road and also refined on the safer Tarmac. You simply no longer need a chiropractor or dentist on speed dial. 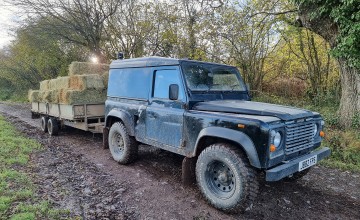 AN electric conversion kit for Land Rover Defenders has been devised by... 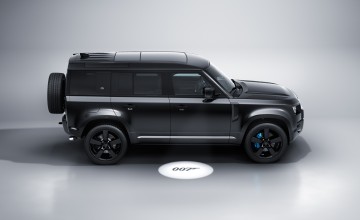