By Lee Gibson on 2020-10-31 - A journalist with nearly 30 years of experience on some of the biggest regional newspapers in England and Wales including the Birmingham Mail, Express & Star, Western Mail, the Sunday Mercury and Wales on Sunday. He currently edits the Sunday Mercury motoring pages as well as contributing to Eurekar. 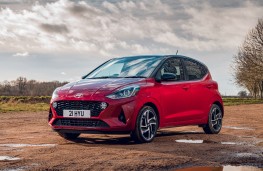 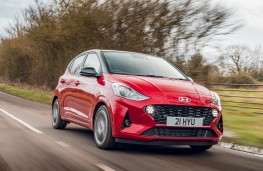 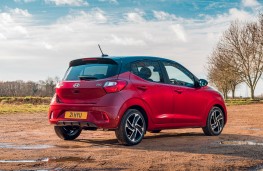 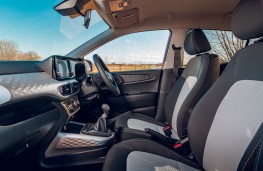 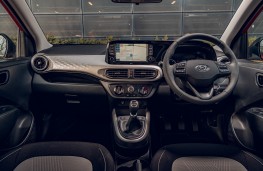 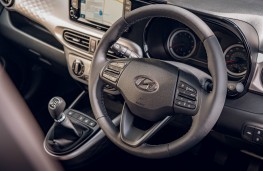 THE Hyundai i10 has been a resounding success since it first hit the road in 2008 - quickly becoming a ubiquitous presence and continuing to thrive in a city car sector where others have struggled.

The cheap and cheerful original is still a familiar sight in city streets and suburbs today while a 2014 revamp added extra space and practicality - ensuring the diminutive i10 remained a solid choice in the class.

In February this year the third generation reached showrooms, seeking to add some style and character to what, despite its popularity, had always been something of a bland proposition alongside rivals such as the retro-chic Fiat 500 and angular Toyota Aygo.

Wider and lower than its predecessor, this all-new i10 cuts a much more dynamic figure which is also enhanced with a wide front grille incorporating circular daytime running lights; clean, sharp character lines and powerful looking haunches at the rear.

Smart alloy wheels on all but entry-level cars, a range of bright colour choices and the option of a stylish contrast-coloured roof on range-topping models also adds some of the personalisation possibilities often sought after in the small car market and give the i10 a more youthful appeal.

A sportily-styled N Line version is available with bespoke body kit and exclusively powered by a 1.0-litre turbocharged petrol engine, kicking out 100ps for a top speed of 115mph.

Most buyers though will be looking at the standard SE, SE Connect and Premium grade cars which get a choice of normally-aspirated 67ps three-cylinder or 84ps 1.0-litre units mated to five-speed manual or automated manual transmissions (AMT).

Our test car, in mid-range SE Connect trim, had the lower-powered three-cylinder engine under the bonnet and, as you'd expect, performance figures are modest - with a pedestrian 0-62mph time of 14.6 seconds and top speed of 97mph.

The figures aren't the full story, though, and in urban traffic where the i10 is designed to do most of its motoring, it is plenty quick and responsive enough to cope, while its diminutive dimensions and light steering make negotiating city streets and manoeuvring into tight parking spots a doddle.

If you drive often on motorways then the more powerful engine is probably the better option as this one does take some time to wind itself up to the speed limit. That said, once there, it is surprisingly refined and doesn't feel as if it's struggling unduly to maintain the pace.

Elsewhere, sustained inclines quickly sap the i10's power and you'll need to drop down a gear or two, as you will for overtaking, but in a way this actually helps to make this quite an engaging and enjoyable little car to drive.

Also helpful in this respect is the sharp, nimble handling and a chassis set-up which keeps body roll well controlled and the ride settled and surprisingly comfortable for such a small car, even over less than perfect surfaces.

A longer wheelbase, increased by 40 millimetres over the previous i10, no doubt helps this stability but it also means more interior space for passengers. Four adults will fit comfortably, with decent head and leg room in the rear.

At 252 litres, the boot is also among the best in class while the 60/40 split folding rear seatbacks offer some load carrying versatility.

Most buyers though will probably step up at least to SE Connect trim to add extra niceties such as an intuitive eight-inch touchscreen infotainment interface, Apple and Android smartphone connectivity and a rear view camera.