By Jon Smith on 2020-11-07 - Jon is a senior motoring journalist with a background writing for weekly/provincial daily and national newspapers and magazines. He has held executive news and features positions in Fleet Street and evening titles. Former Pirelli Motoring Writer of the Year winner. Currently specialising in product launches, safety issues, car tests and future motoring trends. 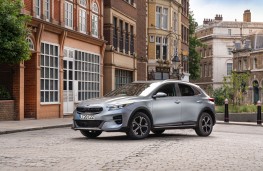 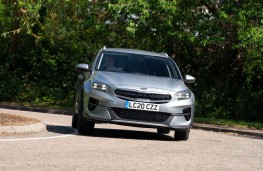 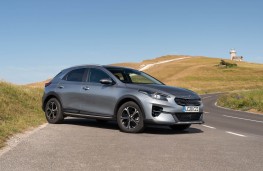 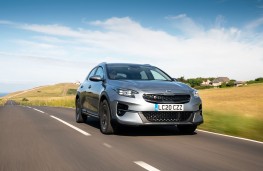 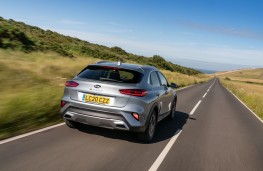 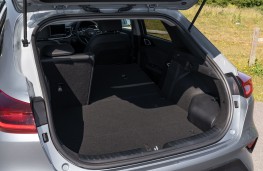 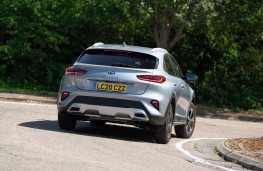 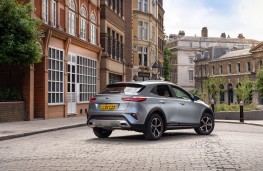 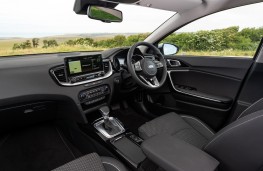 FROM the array of figures and stats that litter the official description of the Kia XCeed PHEV, one stands out by a mile.

The combined fuel consumption is more than 200mpg (201.8mpg to be exact) Oh yes, there's another startling fact - the carbon output is a mere 32 grams, which holds strong appeal to company car buyers, no doubt, as well as to conservationists.

The XCeed is a bonny looking five door with a sort of SUV shape but a fairly low driving position, giving it a sporty look without impairing carrying capacity too much. As a true crossover, it sits comfortably between a coupe and a high-riding off-roader.

Beneath the bonnet there's a 1.6-litre four cylinder petrol engine coupled to a twin clutch six-speed automatic gearbox. In support, there's an 8.9kWh polymer battery, sited near the petrol tank, allowing the XCeed a total of 139bhp.

Like most plug-in hybrids, it can be run for a short distance on electric power alone - 36 miles in this case - before the petrol engine takes over. Power can be harvested and stored when the car is braking or slowing down.

A power button is there to sharpen responses, but don't get the idea that this is a hot hatch. Refinement and ease of travel are the XCeed's formula rather than outright performance which, with acceleration to 62mph in around 10 seconds, is fairly leisurely by class standards.

Nothing wrong with the ride which is compliant and largely comfortable. There's little cornering roll to irritate and there's a welcome ability to suppress pockmarks and rutted surfaces while the steering is quick and positive if a tad lacking in feel.

Accelerate abruptly and you'll feel a bit of axle tramp from the front which can be somewhat disconcerting. Otherwise there's little disturb the general refinement.

There's ample space for four or even five onboard with decent headroom up front and just about sufficient in the rear. The rear boot platform is quite high but it's big enough for most family breaks.

It's a quiet car, with only a distant hum from the engine and little road noise being transmitted into the cabin. In normal driving, most owners will easily achieve more than 50mpg with 60mpg coming up on gentle runs.

Like most of the Kia range, the standard of interior design and quality is good with high grade materials, soft-touch plastics and easy-to-use, solid switchgear. A large centrally situated touchscreen sprouts out of the fascia and performs many of the main functions while the steering wheel houses further controls.

Whether it's the XCeed's green credentials that attract you or you are keen to keep the tax down to a minimum, the PHEV offers considerable appeal and an interesting alternative. 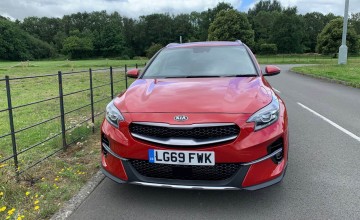