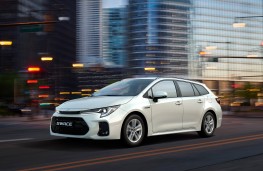 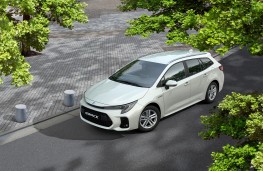 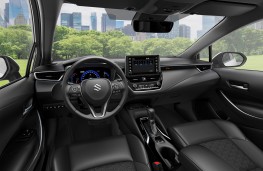 THE second Suzuki to come from the Japanese car maker's tie-up with Toyota is on the way - and it will be built in Britain.

The new Suzuki Swace is its first estate car in the UK and is based on the Toyota Corolla with both made at the Toyota factory in Burnastion in Derbyshire.

Priced from £27,499 in SZ-T trim or £29,299 in higher SZ5 specification the Swace is competitive with its Toyota counterpart and both have hybrid powertrains.

Both versions are fully smartphone compatible.

The hybrid powertrain uses a 1.8-litre petrol engine mated to an electric motor which together deliver 122hp.

Official fuel return for the Swace is an average of 64.2mpg with CO2 emissions of 99g/km.

Performance data is similar to the Toyota with the Swace having a 0 to 60 time of 11.1 seconds and a top speed of 111mph.

Luggage capacity ranges from 596 litres with a maximum of 1,606 litres available with the rear seats folded.

Further cargo space flexibility comes from a movable floor which can be dropped to make room for taller objects and can be flipped over to reveal a resin-coated covering that can be used for stowing wet or dirty items.

Security and privacy features include a detachable tonneau cover that can be retracted with a single touch, and the luggage compartment is equipped with auto-illuminating lights and DC 12V accessory socket.

Like the Toyota, the Swace is a self-charging hybrid that does not need to be plugged in and can operate purely on electricity for short distances.

Three drive modes are available to optimise the hybrid system with additional modes for eco and sporty driving. The car is also fitted with an EV button for maximising its zero emission performance in urban areas. 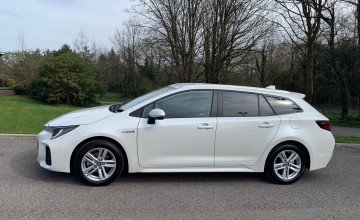 WHAT'S in a name? Not a great deal when you come to weighing up the somewhat... 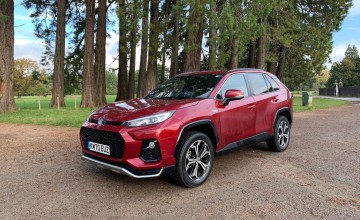