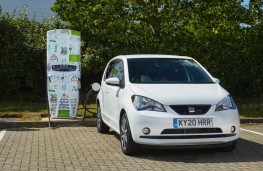 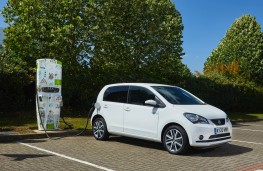 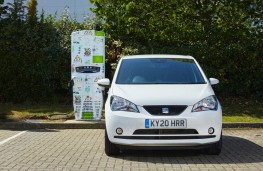 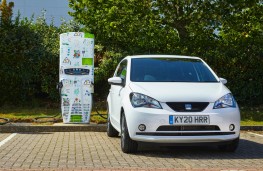 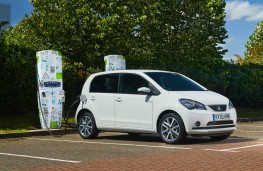 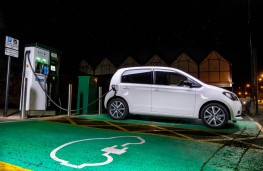 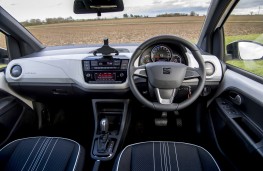 CITY cars are no longer cheap and nasty, although not that many were that nasty in the first place.

That has changed with the electric car revolution, so the SEAT Mii will now set you back the thick end of £20,000. Pricey for such a small car - but it is electric and comes with a full set of kit..

The funky Mii electric is the first electric vehicle from the SEAT brand, laying the groundwork for more to join the family in the future says the firm.

But what you still get with this groundbreaking little car is the same practicality and fun as previous petrol versions, but with huge savings on fuel and carbon emissions.

The vehicle capable of a range of a claimed 161 miles on a single charge. I topped it up once during a week and that was only because I wanted to be on the safe side as the weather was shocking. Lights, wipers and demisters put a strain on the battery.

The problems of fully electric motors have always been the range, but this is becoming less of a problem as battery technology develops. Longer journeys are now also less of a problem as the network of charging points grow and the ability, like this vehicle, to get an 80 per cent charge in around an hour. Just enough time for a cuppa on a motorway service station.

Home wall box/public or work charge point will take around four hours, while plugged into an ordinary wall socket will take 13-16 hours.

The motor, linked to a single speed transmission, provides its 61kW (83ps) of power and 212Nm of torque instantly, meaning the five-door car can reach 31mph from a standstill in only 3.9 seconds. It simply zips away from a standing start, startling other road users with its pace.

The interior too is upgraded and, depending on your taste, looks either funky or odd, with dark interior offset by the white, patterned dashboard. Other features include, ambient lighting, sporty and heated fabric seats, black sport leather steering wheel, gear knob and handbrake. Safety is also well catered for with features such as Lane Assist and Traffic sign recognition as standard equipment and a good range of airbags.

The binnacle and central controls are logical, and there is no central touchscreen. Instead SEAT have introduced a cradle above the dash to hold the phone or pad to do your own thing with navigation, connectivity and infotainment via Bluetooth.

It is also the first model to include SEAT CONNECT, which allows you to driving data, parking position, the vehicle's status, including doors and lights, and the ability to control air-conditioning remotely, all from their smartphone app.

The car has been designed like a box on wheels to get maximum room inside, which it does, but not totally compromise boot space, which it doesn't. This makes for a spacious interior with excellent headroom and surprising good legroom.

It is practical enough despite the limited boot size, with the rear seats splitting and folding to create decent stowage space when required.

On the road, the shape means it won't appreciate being thrown into corners, but the customised suspension does give a pleasant ride for all occupants, handling pretty well what our potholed roads throw at it. The car is virtually silent, as there is no engine or transmission noise and it is well insulated from road and wind noise.