By Chris Russon on 2020-11-17 - The driving force behind Eurekar. Chris heads up a team of motoring correspondents under the Driving Force banner. Prior to Driving Force becoming independent in 2010 he was Chief Motoring Editor for Trinity Mirror Regional newspapers. Chris has been writing about cars for almost 40 years. 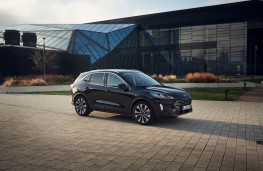 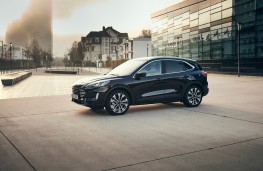 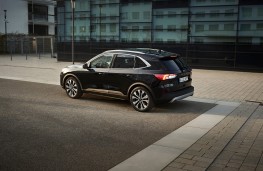 FORD is expanding its line up of electrified vehicles with the launch of a fully hybrid version of the Kuga SUV.

With a range of more than 600 miles on a single tank of fuel, the petrol-electric model joins the Kuga plug-in hybrid and the diesel mild-hybrid as the brand's electrified offerings in the range.

It has a 2.5-litre petrol engine mated to an electric motor that does not require plugging in to charge.

The Kuga Hybrid will be priced from Â£33,600 and like all versions of the SUV is being built at Ford's factory in Valencia, Spain.

Total power output is 190ps and the three hybrid versions in the range make the Kuga Ford's most electrified model.

With an official fuel return of up to 48.7mpg and emissions from 130g/km Ford says the hybrid has a total driving range 30 per cent up on the plug-in which has an electric only range of up to 35 miles.

The hybrid has a 0 to 60 acceleration time of 9.1 seconds and it will be available in ST Line Edition, ST Line X Edition and Vignale specifications.

New driver assistance features making their debut on the Kuga Hybrid include a lane keeping system with blind spot assistance and another set up which can monitor traffic at junctions to reduce the risk of accidents. 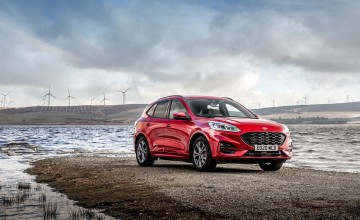