By Jon Smith on 2020-12-06 - Jon is a senior motoring journalist with a background writing for weekly/provincial daily and national newspapers and magazines. He has held executive news and features positions in Fleet Street and evening titles. Former Pirelli Motoring Writer of the Year winner. Currently specialising in product launches, safety issues, car tests and future motoring trends. 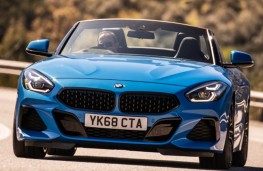 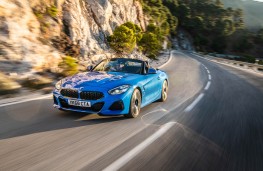 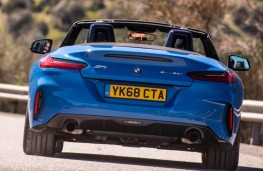 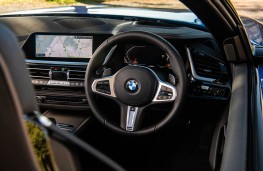 IT seemed BMW Z4 was destined to live in the shadow of its illustrious and playful compatriot, the iconic Porsche Boxster.

With near perfect balance, accessible and abundant performance plus a price tag only a little adrift from a topline Beemer, the role of perennial bridesmaid looked set for the Z4.

Then came along the latest design - more elegant, oozing grace and a presence once out of reach of the junior roadster. From many angles the new car has more impact than its big brother, the classically styled Z8.

Sure, it may not reach the sublime dynamic heights of that offering but for many buyers it's the looks that sell a sports car, and by normal standards the newest incarnation of the soft-top handles neatly and tidily.

Sitting squat and wide with flowing lines, it demands a final over-the-shoulder glance that previous Z4s never warranted. From all angles, it looks elegant yet muscular, particularly from the rear which was previously a somewhat weak design.

Gone is the heavy, though practical, metal roof being replaced by a folding fabric number saving weight and conforming more to tradition. It shares its development and many elements with the reborn Toyota Supra muscle car.

As usual, there's a mix of engine outputs, but we opted for the 30i M Sports which, a little confusingly, is powered by 2.0-litre turbo engine pushing out 255bhp - enough to blow the weeds away without threatening the supercar brigade.

Translating this into stats, it will polish off the 62mph dash in 5.4seconds, about the same as a Porsche Boxster or an Audi TTS. Max is electronically limited to the usual 155mph.

Despite the punchy performance, economy from the four pot engine is surprisingly good. The low 30s in easily possible and we managed a best of 39mpg on a swift cross country drive.

Lower centre of gravity and wider track add to the composure and stability. It's precise enough but falls short when it comes to driver feedback and reward though there's no criticism of comfort. For a stiffly sprung two-seater the ride is unusually smooth with good bump absorption yet little roll.

BMW was one of the first makers to introduce dual clutch automatic transmission and the eight speed system fitted to the new Z4 is a joy to use. Fast, smooth changes coupled to a choice of driving modes mean it always seems to be in the right gear. Steering wheel paddles add to the fun if you are in the mood.

The cabin is luxurious, sporty and very upmarket. The usual BMW layout is brought up to date with more digitisation, a huge centrally positioned touch screen and slicker styling though when it comes to practical usage the cabin isn't too easy to live with.

There are few areas in which you can store stuff like water bottles, sunglasses or the usual clutter we take with us. It's difficult even to find a home for an oversized iPhone that's now so popular.

The boot, however, is a good size by roadster standards thanks partly to the quick folding fabric roof which doesn't rob the rear compartment of luggage space.