By John Murdoch on 2020-12-17 - John is regional editor for Media Scotland's Lanarkshire and Lothian titles. Three times president of the Association of Scottish Motoring Writers he has been writing about cars for over 40 years. Recently awarded lifetime membership of the National Union of Journalists and was the subject of a motion in the Scottish Parliament congratulating him on his service to newspapers. 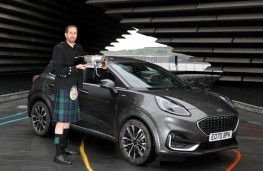 Ford's Puma has been crowned Scottish Car of the Year 2020.

The winning car revives the name of a favourite Ford of yesteryear - the original Puma was a pretty little coupe released in the 1990s - in a handsome compact crossover package that reflects the trends of today's car buyers.

The award marks the first time Ford has lifted the trophy in more than a decade and its fourth Scottish Car of the Year title overall. The original Focus was the event's inaugural winner in 1998, and the Mondeo and Fiesta won in 2007 and 2008 respectively.

The coveted award is given out annually by the Association of Scottish Motoring Writers.

Under normal circumstances the trophy is handed over at a glittering awards ceremony but this year's event was held virtually due to Covid-19. The ASMW's 14 full members nominated their favourite cars of 2020, before whittling them down to a shortlist and voting for a winner.

ASMW President Jack McKeown said: "Some years the vote is razor thin but 2020 saw a clear winner. Our members voted overwhelmingly for the Puma as Scottish Car of the Year.

"It's a terrific looking car that packs plenty of space for the growing family into a compact shape. A refined ride, zesty engines, a well laid out interior and competitive pricing are among its many attributes.

"What clinched it for our members is just how fun to drive it is. Sharing a chassis with the sharp-handling Fiesta means it grips beautifully through corners and shows small SUVs can put a smile on keen drivers' faces."

Lisa Brankin, managing director of Ford of Britain and Ireland, said: "For the Ford Puma to end its first year on sale as Scottish Car of the Year is testimony to the vehicle, and the team behind its launch. Ford Puma has already appeared as one of Scotland's top ten best-selling cars. Buyers are recognising its mix of style, connectivity, practicality and hybridisation. Thanks to the Association of Scottish Motoring Writers for adding its influential endorsement."

The Jazz Hybrid was praised as being a return to form for Honda's small but spacious hatchback. The fourth generation model combines the brand's legendary reliability with an efficient petrol-electric engine, state of the art technology, and an interior that feels more spacious than the car's modest dimensions can possibly account for.

Rebecca Stead, head of automobiles for Honda UK said: "We are delighted that the Jazz Hybrid has been recognised by the Association of Scottish Motoring Writers as the runner up for this year's Scottish Car of the Year. The all-new Jazz Hybrid appeared on British roads for the first time earlier this year, with its new features including anti-fatigue seats, panoramic view and a comprehensive suite of safety and driver-assist features. Scotland has always been an important market place for Honda so it truly is a fantastic achievement to end the year on."

Land Rover had an almost impossible task in replacing perhaps its most iconic model, with the original Defender reaching the end of the line after nearly 70 years of continuous production.

However, the British company exceeded all expectations. Not only is the new Defender Land Rover's most capable ever vehicle off road, it is also supremely comfortable on road. The new design looks fantastic and Land Rover has succeeded in modernising the car without sacrificing its go-anywhere ability or its rugged spirit.

Jaguar Land Rover UK marketing director Anthony Bradbury said: "Land Rover are pleased that the new Defender has been recognised in the 2020 Scottish Car of the Year awards.

"Scotland is a hugely important market for Land Rover, and we are very proud of the relationship we have built with those customers who are seeking the ultimate in all-wheel drive capability. The new Defender continues to hold the character and authenticity of the original Defender, while providing advanced connected technologies and functional safety both on and off-road." 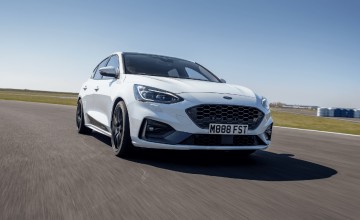 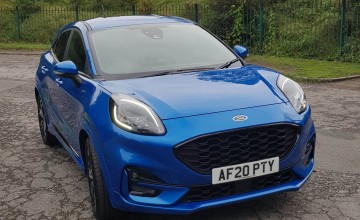 IT'S a rare treat these days to find a car that truly raises the bar through...