By Lee Gibson on 2020-12-27 - A journalist with nearly 30 years of experience on some of the biggest regional newspapers in England and Wales including the Birmingham Mail, Express & Star, Western Mail, the Sunday Mercury and Wales on Sunday. He currently edits the Sunday Mercury motoring pages as well as contributing to Eurekar. 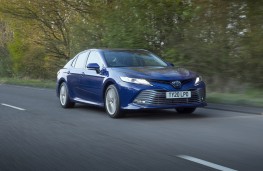 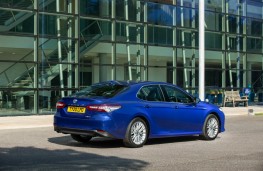 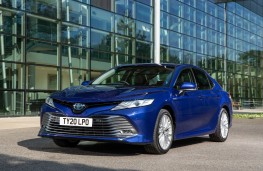 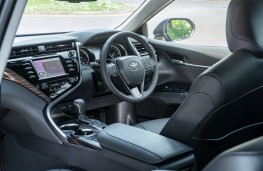 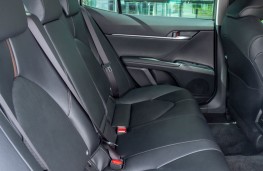 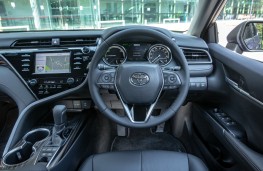 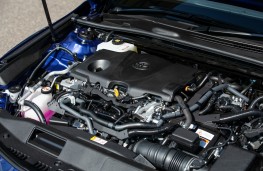 HOT on the heels of the Corolla's re-emergence on UK roads after more than a decade, Toyota has rekindled another of its old names.

The Camry may have been a big success elsewhere in the world, proving particularly popular Stateside as it moved past 19 million sales globally, but it disappeared from showrooms here some 15 years ago after failing to capture buyers' imaginations.

The Japanese car maker is hoping things will be different this time around, though, for its large family saloon, which re-emerges, predictably, in the petrol-electric hybrid form championed by the brand.

A wide, low-slung stance creates an appealingly dynamic visual impression, while styling is clean and smooth but largely restrained, except for the imposing horizontal lines of the expansive lower grille.

Prices start from Â£30,710 and there's a simple choice of Design or Excel trim grades, both of which come with an impressively long list of high-tech equipment.

Whichever version you choose, power comes from the same hybrid powertrain, and it's one which is familiar across the Toyota and Lexus ranges, mating a 2.5-litre conventional petrol engine to an electric motor and battery that harvests regenerative power as you drive - a self-charging hybrid as the manufacturer has taken to calling it.

This form of hybrid offers no plug-in charging functionality but does allow for travel over short distances in electric vehicle mode when the batteries have sufficient charge.

More routinely, though, the Camry will automatically switch between electric, hybrid and petrol power depending upon driving conditions and engine load - and it does so smoothly and imperceptibly.

The benefits of such systems are a reduction in emissions, with the associated road tax benefits, and improved fuel economy - which puts fleet and business buyers firmly in the Camry's sights and Toyota expects the vast majority of sales to come in these areas.

The hybrid system has a total combined power output of 215bhp and while, at 112mph, the top speed is quite modest, the 0-62mph sprint time of 8.3 seconds suggests a little more urgency.

In day-to-day driving the powertrain proves punchy and responsive, pulling well from low revs and responding promptly and positively to throttle inputs thanks to the extra boost provided by the electric motor. Power comes in quickly when you ask for it and overtaking is no problem at all.

The continuously variable transmission employed with all Toyota hybrids does wail a little if you put the pedal to the metal sharply - but nowhere near as badly as it used to - and progress is largely smooth and serene.

Motorway cruising is effortless but, although the hybrid engine is, as expected, pretty quiet at the national speed limit, the fact that road and wind noise are both audible at high speed doesslightly impact on the otherwise impressive refinement.

The Camry is set up for comfort and does a great job of ironing out imperfections in the road surface, grips well in corners and remains settled - allowing the driver to push on confidently. Well-weighted, responsive steering offers good feedback and handling is relatively nimble for a big saloon.

The interior is generously proportioned, with ample head and legroom in the rear and space for four adults to get comfortable, while five should have no troubles on shorter journeys, with plenty of storage available for mobile phones, wallets and other personal belongings.

There's also a quality feel about everything with leather upholstery and tactile soft-touch materials in abundance - although the fake wood veneer may be a bit of an acquired taste.

If you're after a comfortable, spacious car with hybrid power, and don't want to follow the SUV crowd, the Camry is worth a look - especially when you factor in a five-year warranty and Toyota's enviable reliability record. 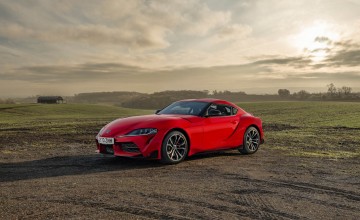 WHEN it comes to show-stopping cars, a few names spring to mind. But for the...