By Lee Gibson on 2021-01-03 - A journalist with nearly 30 years of experience on some of the biggest regional newspapers in England and Wales including the Birmingham Mail, Express & Star, Western Mail, the Sunday Mercury and Wales on Sunday. He currently edits the Sunday Mercury motoring pages as well as contributing to Eurekar. 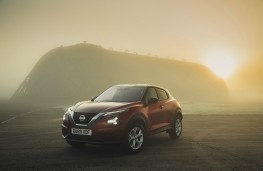 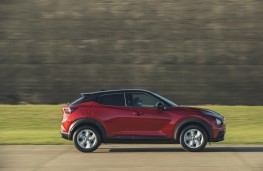 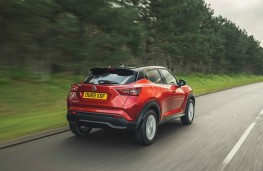 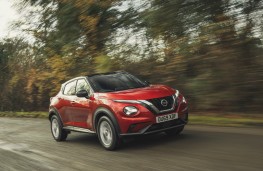 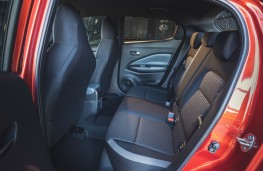 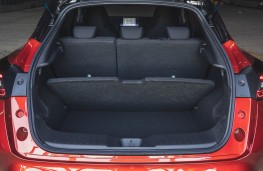 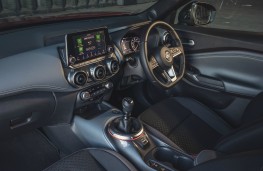 THE thing about compact cars these days is that they are getting less and less compact with each new iteration.

A case in point is the second generation Nissan Juke, which finally replaced the original model towards the end of last year after its predecessor had served nine years on our roads.

While retaining the quirky styling which, though not to everyone's taste, made the Juke an instant hit, this car has grown up - being longer, wider and taller than before and with more room inside thanks to its longer wheelbase.

Trademark design cues such as the prominent rising shoulder line, coupe-style sloping roof, muscular haunches, and circular headlamps all remain but have been given a sharper, modern twist helped by the addition of a much more prominent front grille.

The rear light formations are also much neater and those headlights, though still round, now have a Y-shaped signature which is very striking when they're lit up.

Higher grade models such as our Tekna-trim test car also offer a wealth of personalisation options inside and out, including a contrasting roof colour with matching wing mirrors.

There's no doubt that the Juke is still full of character but now with a little added presence - especially with the eyecatching 19-inch alloys our car boasted.

The three-cylinder, 1.0-litre petrol engine beneath the bonnet is the only choice currently available and is mated with a concise and snappy six-speed manual gearbox or, on certain versions, a seven speed double-clutch automatic.

For the most part this diminutive three-pot powerplant is a good fit for the Juke, proving willing and punchy enough in urban traffic if you keep the revs up, though you will be reaching for the gearstick to maintain pace on lengthy climbs or if needing a sharp injection of pace, to overtake for instance.

The drive mode selector on our car does have a sport setting, alongside eco and normal, but this offers little noticeable difference in throttle response. Handling, which is generally nimble and agile anyway, does feel genuinely sharper though and there is definitely some enjoyment to be had behind the wheel of the Juke.

The steering is quick and direct, with pretty good feedback, and the car offers good grip and relatively little body roll, for a high-riding SUV, when sweeping along winding lanes or taking on faster bends.

Stepping up the range improves things considerably on this front though, and by the time you get to Tekna grade, one away from the range-topper, you really want for nothing.

All of this is wrapped up in an interior which is as quirky as the exterior, stylish and much roomier than its predecessor.

Rear head and leg room has improved significantly and four adults now fit in some comfort, while the boot, at 422 litres, is now actually of a useful size and will cope with a weekly shop with no trouble.

An adjustable floor, with three levels, and 60-40 split folding rear seatbacks provide some load-carrying versatility - all of which helps to make this a much more practical proposition as a small family car than the version it replaced. 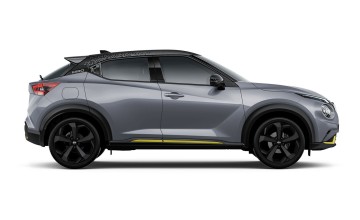