By Chris Russon on 2021-01-05 - The driving force behind Eurekar. Chris heads up a team of motoring correspondents under the Driving Force banner. Prior to Driving Force becoming independent in 2010 he was Chief Motoring Editor for Trinity Mirror Regional newspapers. Chris has been writing about cars for almost 40 years. 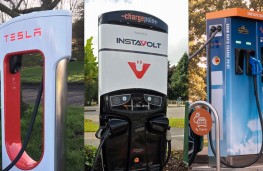 BRITAIN'S emerging network of electric vehicle charging points has been ranked by EV mapping service Zap-Map in a study which puts Tesla at the top of the list.

The league table ranks the nation's most popular EV charging networks based on data from a survey of Zap-Map's community of EV drivers.

The results, based on a sample of more than 1,500 Zap-Map users, show Tesla in top spot as the country's most appreciated EV charging provider, the network receiving the highest ranking.

One driver commenting that Tesla's service is "the standard all networks should aspire to".

In second place overall, and the top place for multi-brandnetworks, is InstaVolt, which in teh annual survey retains its second spot for the third year running. One InstaVolt fan commented that the network is"modern, super reliable, generally come in pairs and contactless payment is a huge plus".

In third place is Osprey (formerly Engenie) which scores highly for its reliability and ease of use. One Osprey user also complimented the network's services as"nice and visible, good locations, simple to use".

The survey rates 16 charging providers which are ranked from a maximum of five stars down to the lowest ranking of two stars.

For those networks which EV drivers use regularly, respondents were asked to rate their overall satisfaction and also their level of satisfaction in the four key areas of: reliability, ease of use, cost and facilities.

Dr Ben Lane, co-founder of Zap-Map, said: "As the survey demonstrates, EV drivers are very clear about the factors that make for a good charging experience, with reliability and ease of use being key priorities.

"A new generation of drivers want to arrive at a charge point and be confident that it will be simple to use and a trouble-free experience. They are quick to pick up that different networks offer varying levels of service, and will actively visit networks that provide a reliable and easy-to-use experience.

"The Zap-Map user rankings also highlight which networks urgently need to improve their charging services. As the EV market moves from early adopters to the mass market, EV drivers just want to be charge without any fuss. Poor-performing networks will need to take a long, hard look at the quality of the services they offer if they want to retain their customers as the EV market grows apace."

At the bottom of the table, Ecotricity's Electric Highway network was ranked with the lowest score, one user commenting that"they are out of date and unreliable, with a monopoly on motorway site locations",a sentiment which resonates with many other Zap-Map users that rely on rapid charging at motorway services for longer journeys across the UK.

The full list of EV charging networks in the Zap-Map rankings is: 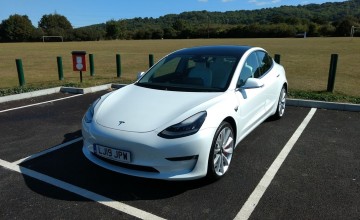