By Chris Russon on 2021-01-06 - The driving force behind Eurekar. Chris heads up a team of motoring correspondents under the Driving Force banner. Prior to Driving Force becoming independent in 2010 he was Chief Motoring Editor for Trinity Mirror Regional newspapers. Chris has been writing about cars for almost 40 years. 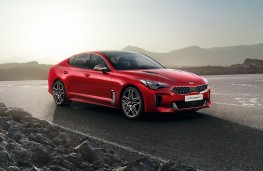 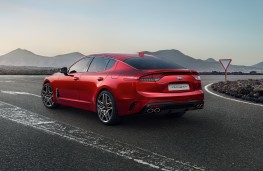 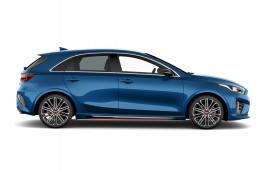 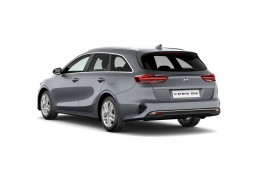 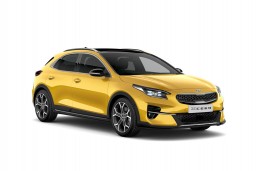 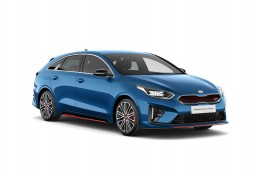 KIA has unveiled a new logo and brand slogan as the Korean car maker goes about making changes for the future.

The new design comes as Kia announces changes to its flagship Stinger performance model and to its entire Ceed range of cars.

The company says the new logo - which eventually will appear on all of its models and dealerships - is designed to resemble a handwritten signature while its new mission statement is ‘Movement that Inspires'.

Ho Sung Song, Kia's president and chief executive, said: "The automotive industry is experiencing a period of rapid transformation, and Kia is proactively shaping and adapting to these changes.

"Our new logo represents our desire to inspire customers as their mobility needs evolve, and for our employees to rise to the challenges we face in a fast-changing industry."

It was revealed at a display in Incheon, Korea where the new logo was shot into the sky as part of a fireworks display.

Meanwhile, the Stinger and Ceed line up have been revised with the performance model getting smoother looks and new technology including a 10.25-inch ‘connected' infotainment system.

The standard touchscreen navigation system has full European mapping and a traffic messaging channel while the Stinger also has Kia's Connected Services with TomTom and UVO Connect, giving access to traffic, speed camera and weather information plus local search details in a number of categories, from the location of Kia dealerships to nearby restaurants.

The Stinger is available in the UK only in high grade GT S specification and costs from £42,595. It is powered by a 3.3-litre V6 engine developing 361bhp which gives it a 0 to 60 acceleration time of 4.7 seconds and a maximum of 167mpg while officially it is rated at 28mpg with emissions of 229g/km.

The European-built Ceed line up sees a new 1.5-litre Smartstream petrol engine replacing the previous 1.4-litre unit and will be available in all versions - the Ceed hatch and SW estate, the sporty ProCeed station wagon and the XCeed crossover SUV.

The new engine is some 14 per cent more powerful and develops 158bhp while Kia has also introduced a 48-volt mild hybrid powertrain for more efficiency on its diesel models and is making a dual clutch automatic transmission standard on the Ceed GT.

The ProCeed range is being slimmed down to a petrol-only line up with the new 1.5-litre model priced from £25,075 in manual form and £26,175 with an automatic transmission.

BOUGHT your new electric car and wondering how to pass the time while it...