By Jon Smith on 2021-01-16 - Jon is a senior motoring journalist with a background writing for weekly/provincial daily and national newspapers and magazines. He has held executive news and features positions in Fleet Street and evening titles. Former Pirelli Motoring Writer of the Year winner. Currently specialising in product launches, safety issues, car tests and future motoring trends. 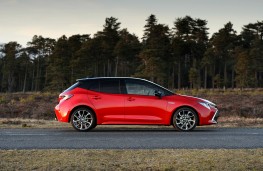 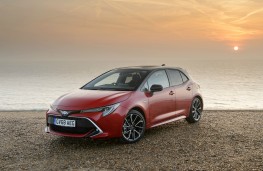 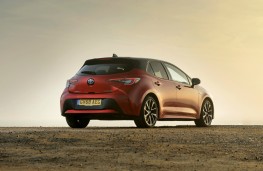 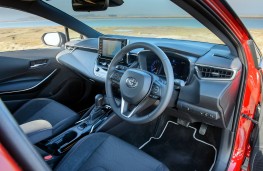 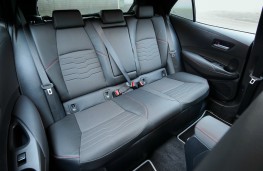 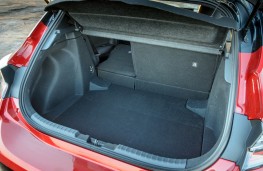 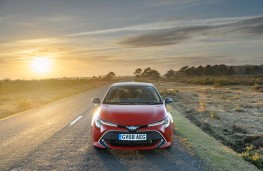 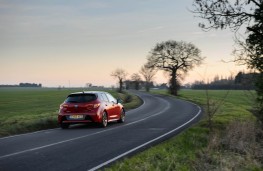 IF your neighbour tells you he or she was planning to buy a new Toyota Corolla, you could be forgiven for thinking they had lost the plot somewhat.

After all, the Corolla, once the world's best seller, hasn't been seen in Britain for a decade or so. But, guess what, now it's back.

The latest Corolla, which replaced the somewhat bland Auris, is here in its 12 incarnation to do battle with Golf, Focus and Astra and also a sprinkling of German small prestige models such as the A3, Merc A-Class and BMW 1 Series.

With sharp lines, edgy styling and clean aerodynamics it's far from dull and dowdy. And it's got plenty of the latest tech to appeal to environmentally conscious and younger buyers.

And those neatly scalloped headlights and coordinated rear lights are as sharp as anything around.

Available as a pure petrol or self-charging petrol hybrid, we tried out the less powerful of the two hybrids which has a 1.8-litre, four cylinder 122bhp petrol engine linked to an electric motor. The result is ample power yet a meagre thirst allied to decent CO2 levels.

Built on the latest platform, it is both stiffer and more roomy than the model it replaces. What's more it feels more grown up and classy thanks to a smart new cabin which uses high grade materials and is cleanly styled.

Space front and back is around the class average but a relatively high but floor means that no more than 313 litres of luggage can be squeezed in - a tad less than most rivals.

While the 1.8-litre Corolla isn't exactly rapid with a sub-11 second meander to 62mph, its general level of smoothness and refinement mean that progress tends to be acceptably brisk. And a CVT automatic gearbox looks after changes in an easy undemonstrative fashion.

Inevitably the engine lacks the grunt of a similar capacity diesel but noise levels are low and the belt driven transmission suits the car's relaxed and civilised nature.

Handling is supple and confident and front drive delivers predictable behaviour with no nasty shocks for the unsuspecting driver. The ride is composed and cosseting with impressive suppression of bumps and road irregularities.

Cornering roll is minimal despite relatively soft suspension. A noticeable step forward, then, over the Auris.

It's an easy and undemanding saloon to drive and despite possessing much of the latest tech it doesn't require its driver to perform cartwheels or take a college cramming course to learn how to punt it.

There are obvious tax advantages for company car drivers, and all owners will be happy with its miserly fuel consumption which in our hands didn't drop below 50mpg, with a best approaching 59mpg. 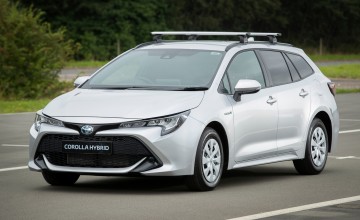 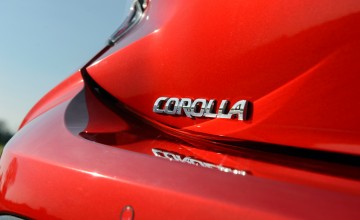