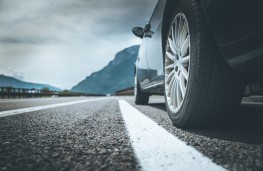 THE Covid pandeimic has led to Britain's roads becoming safer according to official figures from the Department for Transport.

They revealed that in the 12 months up to June 2020 are down 16 per cent and road deaths have reduced by 14 per cent compared to the equivalent period in the preceding year.

The decline in UK road deaths and casualties is inked directly to the reduction in traffic as a result of national lockdown restrictions from the Covid-19 pandemic.

In April 2020, for example, during the first lockdown which commenced onMarch 23, casualties fell by 67 per cent as road traffic reduced by 49 per cent.

Neil Greig, director of policy and research at the UK's largest independent road safety charity, IAM RoadSmart, said: "Despite fears that speeding has increased substantially during the first lockdown it does now look as if the number of casualties has gone down in line with falling traffic numbers.This is certainly good news as it shows that the vast majority of car, van and lorry stuck drivers to the rules.

"However, the only way to confirm these trends and measure the true impact of local traffic closures and temporary cycle lanes is for the government to publish more details on what has happened throughout the rest of 2020.

"IAM RoadSmart thinks that it is unacceptable that we may have to wait until June 2021 to get the full picture for UK road safety during the pandemic.Other countries seem to be able to produce crash statistics much more quickly, allowing planners to deal with safety issues as they emerge and not after the event."

While the reduction in overall casualties is good news for road safety generally, the reduction in casualties for cyclists were however less impressive, with the number of cyclists killed or seriously injured down just four per cent in the period covered by the DfT's report, compared with 26 per cent of car users and 25 per cent for all other road users in the same period.

Mr Greig concluded: "While motor traffic reduced as a result of national lockdowns, cycling traffic increased and there has unfortunately not been the same positive impact on cycling casualties when compared with other road users. We therefore urge all road users to continue to be extra vigilant for cyclists as more people take to their bikes during lockdown."