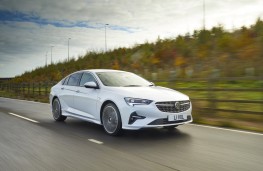 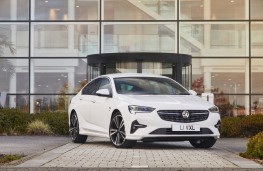 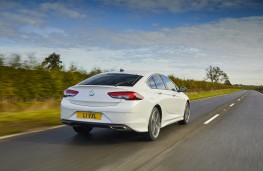 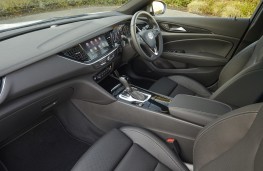 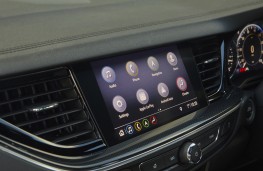 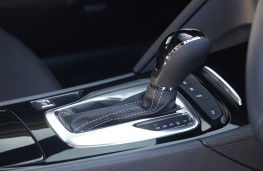 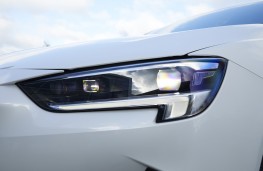 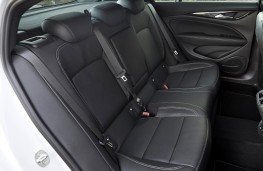 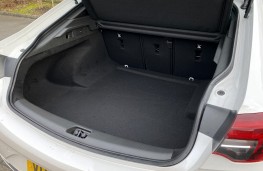 VAUXHALL is updating its stalwart Insignia and the changes are as much under the skin as they are visible to the eye.

The latest version of the company car champion features a new engine line up, advanced aerodynamics and an updated interior while there's also a nine-speed automatic gearbox available on higher powered petrol models.

Prices now start from Â£23,795 - a slight increase over the previous Grand Sport Insignia - but the newcomers benefit from improved fuel efficiency that Vauxhall claims is almost 20 per cent better than before.

Underbody cladding and active shuttering devices in the grille have given the new Insignia a slithery style and with a drag coefficient of just 0.25 it is the most aerodynamic car in its class.

Diesel models meet the latest emission standards which sees them exempt from any surcharge in company car tax rates and the new 2.0-litre petrol engines come with a cylinder deactivation set up that allows them to sip fuel with two of the four cylinders shut down under low loads.

The result on our drive in a 2.0-litre petrol automatic was an average fuel return of 40.4 to the gallon which outstripped the official ‘best' economy of 37.7mpg by some margin.

The car we tried was in high specification SRi VX-Line Nav trim and priced from Â£33,165 - competitive in the all-important fleet market where the Insignia enjoys such success.

Developing 200ps the powertrain suits the car to a tee and gives it quite sporty credentials of 0 to 60 acceleration in 7.2 seconds with a maximum of 146mph making it a great for motorway work.

Emissions for the auto range from 167 to 183g/km although on the tax front the lowest rated version is the 1.5-litre diesel which comes in at 121g/km.

To drive, the new Insignia is not only lively and precise but very smooth and quiet with excellent comfort levels all round.

Ergonomically-designed seats are becoming a feature of all new Vauxhalls and on the model we sampled included massaging, heating and ventilations functions.

There's also a fresh look to the instrumentation with an eight-inch display screen as standard on higher grade models incorporating everything from sat nav to heating settings.

The gearbox is smooth and efficient and while the ninth gear is reserved almost exclusively for cruising there are three drive modes to go at including settings for touring and sport.

All that was missing were paddle shifters which come as standard on a sporty new GSi version that packs a mean punch with its engine output increased to 230ps, has a clever all-wheel-drive set up and a suspension system honed on the Nurburgring.

While the GSi will target more enthusiastically minded drivers the SRi VX-Line Nav is what it says on the tin.

From a size perspective little has changed for the latest model and boot space remains at a healthy 490 litres stretching to a maximum of 1,450 litres with the rear seats folded.

Vauxhall stole a march on the mainstream market with the introduction if its Intellilux LED lighting system on the Astra a few years ago and on the new Insignia that has been updated for even better illumination at night.

The matrix beams now use a total of 84 clusters - up from 16 before - and clever camera-based technology blanks out the risk of any glare to oncoming vehicles or those in front while switching instantly to full illumination of what's ahead as soon as the road is clear.

That alone is a USP for the car which took on the mantle of Vauxhall's key seller from the Vectra back in 2008.

The latest iteration is head and shoulders above its predecessors, crammed with technology yet still retains an almost classic styling which has been here since 2017 when it became known as the Insignia Grand Sport or Sports Tourer for the estate.

A new dawn beckons and with Vauxhall now part of the recently created Stellantis Group - which includes Peugeot, Citroen, DS, Fiat, Jeep and Chrysler - it will be embracing the powertrain electrification revolution in no uncertain terms.

What that means for the Insignia is still to be revealed but electrified versions can't be that far away.