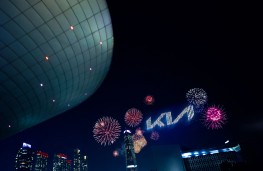 KOREAN car maker Kia is ramping up its plans for the electrification of its line up announcing it intends to have 11 EVs on sale by 2026.

"'Kia transformation' takes the company toward a broader business portfolio to redefine the entire mobility ecosystem, starting with the transition from internal combustion engine to electrification," said Ho Sung Song, the company's president and CEO.

He said that by 2030, eco-friendly vehicles such as EVs, HEVs and PHEVs will make up 40 per cent of all sales for Kia, with an annual sales target of 1.6 million units.

Starting with the launch of its first dedicated EV later this year, Kia will strengthen its EV line-up by 2026 with 11 new models - seven dedicated EVs built on the Electric-Global Modular Platform (E-GMP) architecture, and four based on existing ICE derivatives.

Its first purpose-built vehicle - specialist types of transport ranging from scooters to off-road delivery vehicles and military equipment - will be unveiled in 2022.

The company is targeting annual sales of one million units by 2030 to become a world leader in PBVs and says it will develop a variety of specialised vehicles based on its PBV-dedicated ‘skateboard' platforms.

On the mobility front it plans to expand existing services such as its operations in Spain where its flagship car-sharing service Wible will be expanded.

The car usership service ‘KiaMobility', which was launched in September last year as a pilot project in Italy and Russia, will also launch in additional European markets.

In the business-to-government and business-to-business, Kia says iit will launch an EV-based service that combines subscription and car-sharing. Under this new mobility service concept, vehicles will be used for business on weekdays and rented by individuals on the weekends.

Kia's subscription program ‘Kia Flex', which was introduced in Korea in 2019, will launch a global version later this year under the name ‘Kia Subscription.'

The service will be operated by Sixt Leasing, which was acquired by Kia's parent Hyundai Motor Group last year, and the vehicles will be provided by the company's regional affiliates and dealers.

THE Kia Stonic - armed with a shed-load of trinkets and an industry-leading...