By Maxine Ashford on 2021-02-20 - Maxine has been a journalist since the late 1980s and for the past 13 years has specialised in motoring. Former motoring editor at Media Wales responsible for the Western Mail, South Wales Echo, Wales on Sunday. Freelance since 2009, Maxine loves cars but not quite as much as rugby! 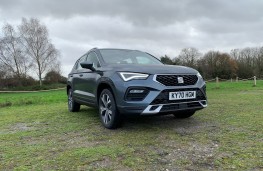 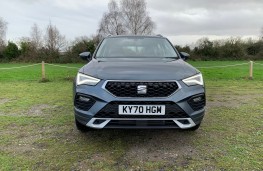 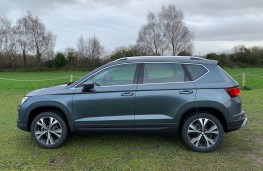 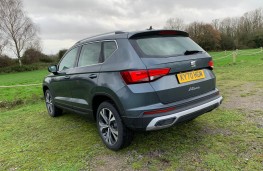 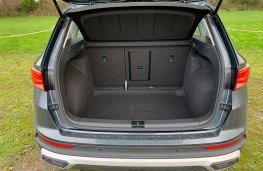 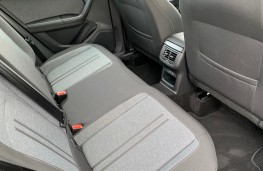 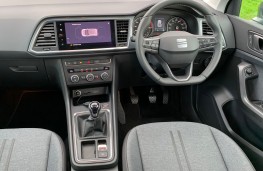 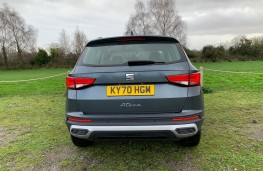 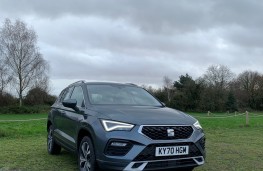 SEAT has always developed dynamic looking cars and when it entered the crossover scene with its Ateca in 2016, it made an immediate impact. Now the car has just got even better.

That's because the new 2020 Ateca has been redesigned and also boasts a wealth of extra on-board technology, but prices have remained just as appealing in the process.

The five-door Ateca looks great from any approach with a distinctive front grille and full LED lights at the front and back. There is a lot more silver detailing, tinted windows and the tailpipes are concealed and framed in black. Chrome roof rails and window trim, along with 18-inch performance alloy wheels complete the look on the SE Technology model costing £24,755.

Open the front doors and puddle lamps display the ‘Hola!' greeting to welcome you to the car and the cabin is neatly designed with plenty of kit to explore.

Powering our Ateca was a 1.0-litre, 3-cylinder, 115PS petrol engine matched to a six-speed manual gearbox. The car could complete the 0-62mph dash in 10.7 seconds, topped out at 114mph and could deliver a combined 39.2-41.5mpg with carbon emissions of 153g/km - under stricter WLTP testing.

Despite being powered by a three-pot engine, the Ateca is very sprightly and quick out the starting blocks. It copes well on fast moving B roads where it offers plenty of grip into bends with nicely weighted steering. It eats up the motorways miles with ease and is also happy in busier town centres with a good steering lock and great all-round visibility being two plus factors.

The manual gearbox is nicely responsive with ample power on tap, although the engine does get a little more vocal when pushed particularly hard.

All the controls, dials and readouts are ideally positioned for ease of use and the information binnacle behind the steering wheel can be customised according to preference.

The Ateca is spacious with ample room for four adults to sit comfortably and the storage options are good too with a boot that can swallow 510 litres of kit. If more space is required, simply drop the split-folding rear seats and the limit increases to 1,604 litres. Elsewhere there is a glovebox, a central cubby, cup holders, deep door bins, a sunglasses compartment and seat back pockets to store away bits and pieces. 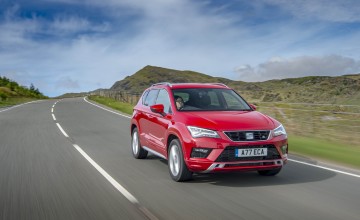