By Mike Torpey on 2021-03-06 - Driving Force news editor and responsible for organising our daily output. He was staff motoring editor of the Liverpool Echo for 20 years. 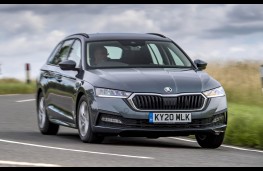 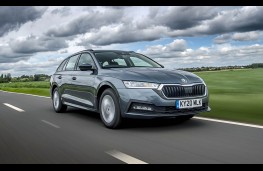 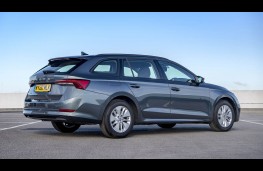 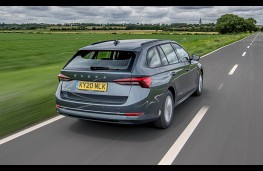 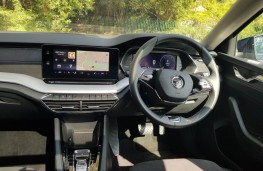 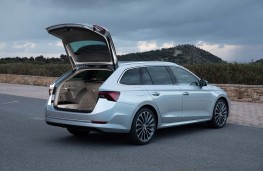 A SALES figure of more than 500,000 since its arrival back in 1998 has made the Octavia model Skoda's top selling car in the UK.

And the latest version of the popular family hatch and estate, which arrived last summer, certainly has a tough act to follow.

Its predecessor, the third generation Octavia, dominated proceedings to the point that it accounted for almost a quarter of all Skoda vehicle sales in Britain.

Having just spent the best part of 250 miles with the newcomer, a 2.0-litre turbo diesel estate variant in SE L First Edition trim, we can predict prosperous times ahead for this understated yet accomplished Skoda.

Beautifully engineered, tastefully designed and featuring more technology than ever, the Octavia has certainly raised the bar not only for value but also in terms of practicality and space.

The latest model is longer and wider than its predecessor and if carrying capacity is what you're after, then look no further than the estate with its 640 litres of split level boot space.

That degree of room expands to 1,700 litres with the seats folded, making the Octavia unrivalled in its area of the market.

Step inside and you are immediately struck by the quality of the seating, the fittings and quality of the car's Virtual Cockpit with its 10.25-inch display.

Buyers also get a smart two-spoke steering wheel, which comes with new control buttons and knurled scroll wheels, allowing the driver to operate 14 different functions without removing their hands.

And there's now LED ambient lighting to brighten the front doors, dash and footwells, with up to 30 colours. You can even set different shades for separate parts of the cabin - small touches but ones that make a difference.

The same can be said for Skoda's ‘Simply Clever' initiative, a move that originally included ideas like a waste bin in the door trim, bag hooks and a brolley, but now has the likes of smartphone storage pockets, a snow brush in the front doors and an AdBlue tube that allows the car to be filled up using a lorry pump nozzle.

As for other features and creature comforts the SE L First Edition spec brings in 17-inch alloy wheels, microsuede upholstery, heated front seats and LED ambient lighting, along with an electrically adjustable driver's seat with memory and lumbar support

As well as petrol and diesel powered models, which comprised the launch line-up, the Octavia now also has the benefit of both plug-in hybrid and mild hybrid powertrains.

Our tested version featured the higher powered of the two diesel engines on offer, a 2.0-litre TDI unit developing 150ps making it a strong yet economical performer capable of returning an average of just over 50 miles per gallon.

We found it an exceptionally smooth, well balanced and comfortable car to drive - even with a full boot - the transmission moving sweetly through the seven-speed DSG gearbox.

It is extremely pleasant to be a passenger too, unless you happen to occupy the centre rear seating position which is compromised by the vehicle's transmission tunnel.

Overall though the new Octavia feels and drives like a winner, and with three SUVs now in the Skoda stable it will face a far tougher task to retain its position as the UK top seller. It has all the credentials to succeed though. 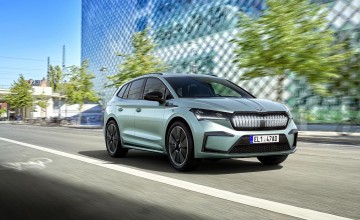 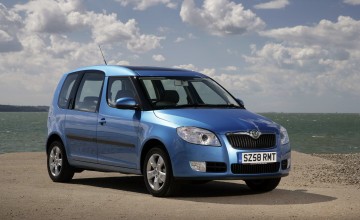 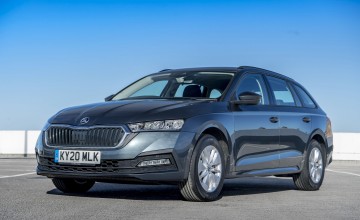