By Jon Smith on 2021-03-07 - Jon is a senior motoring journalist with a background writing for weekly/provincial daily and national newspapers and magazines. He has held executive news and features positions in Fleet Street and evening titles. Former Pirelli Motoring Writer of the Year winner. Currently specialising in product launches, safety issues, car tests and future motoring trends. 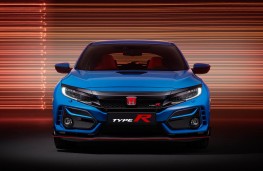 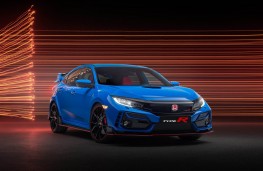 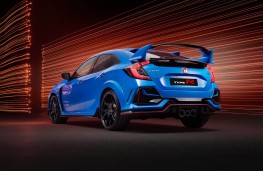 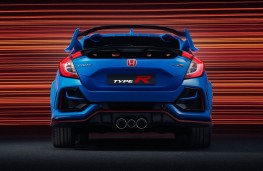 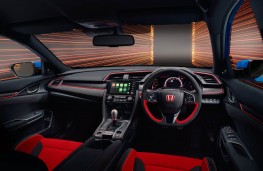 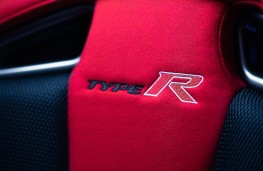 Why, you may ask. Well, with the huge surge in electric cars - sales of pure electrics rose 300pc last year - and pending legislation intended to reduce CO2, its days are numbered.

There is likely to one final version of the Type R, after the current model. So this is truly a car to savour if you value old-school, seat-of-the-pants performance alongside mechanical brilliance and two wheel drive.

In short, despite its ability to play happy families thanks to a big boot, five doors and an easy going nature when needed, it has a tougher, rougher edge that allows it see off all but the most hairy-chested sports car costing double the amount.

We drove the more lavishly equipped GT version, the fifth generation of the legendary breed. Designed and developed from the ground up as a high performance car, rather than an adaptation of an established model, it's undoubtedly the most rounded as well as the quickest Type R.

With a two litre turbo charged four cylinder engine under the bonnet, front wheel drive and a manual six speed gearbox, it churns out a substantial 316bhp and a useful 295 lb ft. Despite the enormous reserves of power, it's an easy saloon to drive - light controls, suspension that doesn't rattle out your fillings, and enough tractability to pootle around at 30mph in fifth.

On the other hand, floor the accelerator, chop down a few cogs and the full might of the engine sends you surging forward. A couple of stats reinforce its dramatic nature - 60mph comes up in under six seconds and the ton is reached in just over 12 seconds. Top speed is a fairly academic, if impressive, 169mph.

But more important than the figures is the manner in which the Type R delivers. For starters the gear change has the shortest and crispest of movements and the gears engage with a precision that's rarely found. Then there's the steering - a tight rack that weights up nicely as a bend is negotiated, feeding back every morsel of information back through the helm.

There are various drive modes according to surface, conditions and your own particular demands, but I found ‘comfort' to be far and away the optimum choice and ‘R mode' the least appropriate, especially for the cratered B-roads I was spending quite a lot of time on.

Torque steer - tug of the wheel as you accelerate from a bend - is kept in check well and cornering adhesion is spectacular.

The ride, though firm and relatively unyielding, proved more comfortable and better reconciled than prior Type Rs. Low profile rubber does a great job keeping the car glued down, but demands respect to avoid risk of kerbing or damage over potholes.

On the practical side of things, it's an easy car to get along with - plenty of room for four, decent leg space and a giant boot help make for a happy relationship on a daily basis. The touchscreen and instrumentation are starting to feel a tad dated, but it's tough a good quality. Wrap-around bucket front seats are a delight.

Economy might not be high on most prospective buyers' priority list so I was quite satisfied to regularly top the 30mpg mark, even on fast cross country runs. 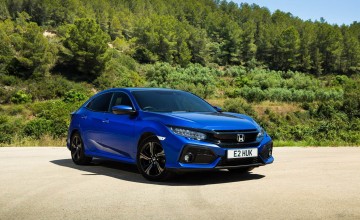 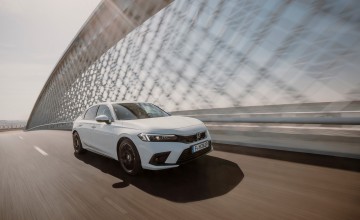 IT'S 50 years since the Honda Civic first appeared and to mark its Golden... 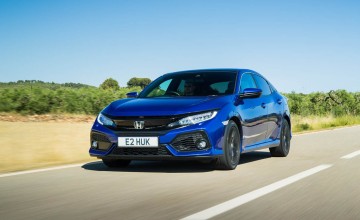