By John Murdoch on 2021-03-07 - John is regional editor for Media Scotland's Lanarkshire and Lothian titles. Three times president of the Association of Scottish Motoring Writers he has been writing about cars for over 40 years. Recently awarded lifetime membership of the National Union of Journalists and was the subject of a motion in the Scottish Parliament congratulating him on his service to newspapers. 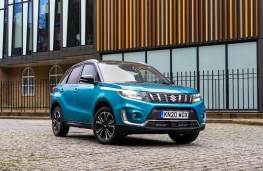 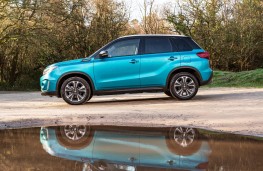 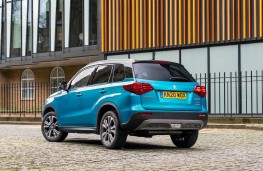 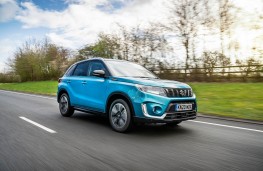 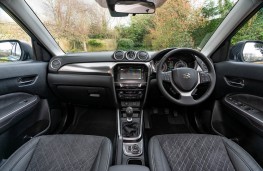 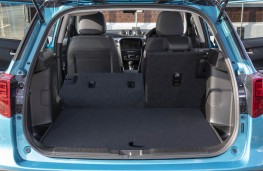 THE Vitara has been a stalwart of the Suzuki range for many years and it offers a good combination of practicality, style and economy at an attractive price.

The company recently cut the number of models in the range to make things simpler for buyers but added one important new model in the shape of a mild-hybrid.

It features the latest version of the 1.4 Boosterjet engine combined with a 48-volt mild-hybrid system to boost economy and reduce emissions without any loss of power.

You can order the Vitara in front wheel drive only form but I sampled it in tip spec SZ-5 trim with Suzuki's impressive Allgrip 4WD system.

The Vitara looked sporty and proved to very useful during the last couple of weeks of heavy snow and ice.

It was also happy on dry roads and comfortable at motorway speeds or driving around town.

Acceleration was decent throughout the gears and the manual six-speed box made it easy to make quick changes.

It was good for 62mph in just 10.2 seconds before going on to a top speed of 118mph and its 129bhp always provided enough grunt for overtaking or tackling rough terrain.

The combined power units worked seamlessly together and the petrol engine is smooth and quiet and charges the battery for the electric motor at cruising speeds and when decelerating and braking.

It also powers high power electrical components such as the air conditioning to save fuel and acts as the starter motor.

The four-wheel-drive (4WD) system sends power to the front wheels for normal road use, bringing the rear axle into play only when slippage is detected.

It also has a Sport setting which tightens up the system to maximise road-holding and Snow to give maximum traction in the current conditions. Sport also sharpens the engine response, giving more torque for quicker acceleration.

Handling and road-holding are ahead of anything in the same price bracket and the Allgrip system makes the car seem solid and safe in any conditions.

The steering provides bags of feel and the suspension soaks up most lumps and bumps.

The seats are very comfortable and it is easy to find a good driving position. The cabin has enough room for four adults and five could cope for shorter journeys.

Equipment in the range topping SZ-5 I drove is impressive and includes suede seat upholstery, sat nav and a good sound system that is fully smartphone compatible.

On the safety front It has parking sensors front and rear, hill descent control, stability control, auto start stop, lane control, cruise, and a rear view camera and much more.

The only fault I found was a rattle coming from the rear parcel shelf which proved to be really annoying at times. 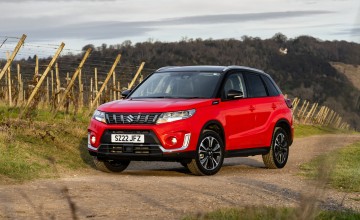