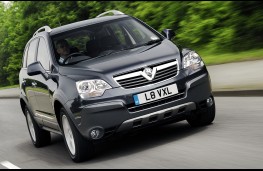 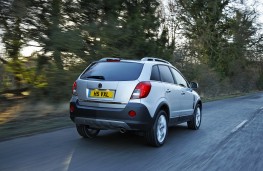 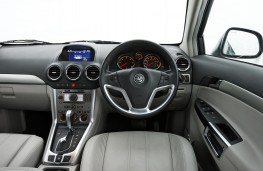 AFTER the demise of the Vauxhall Frontera so beloved by secondhand buyers for its cheap prices and good looks, the company's range was short of a 4x4.

But the gap was reasonably well-filled by the Antara - a good looking 4x4 with the right diesel engines giving decent acceleration and reasonable economy.

It shares all its underpinnings and was built in the same factory as the Chevrolet Captiva, which comes out at an almost identical price, so take a look at them both if one might suit your needs.

A long-time friend of mine has one and has been delighted with it, often towing a car trailer laden with one of his old MGs or tubs full of spares, and using it as his mobile office whilst travelling around the region.

Antaras are about the same size as the Toyota RAV4 and Honda CR-V, but they lag behind these top sellers by some margin, and this makes them a good deal cheaper year for year.

It's still fairly noisy at slower speeds but smoothes out once up to a cruise. The later model is the 160bhp, and it's smoother and more refined.

There are front and all wheel drive versions, and obviously, the 2WD models give better economy and slightly better performance. All come with a five speed manual gearbox or an optional five speed automatic, although this does affect both economy and performance..

The 160bhp model comes with or without 4WD and its more powerful brother is only available with it.

Both diesels offer decent acceleration off the mark, but neither is particularly refined, and the manual gearbox can be a little notchy.

The Antara is easy to park and to live with around town, but the suspension is too soft and allows it to wallow through corners. This isn't helped by vague steering that is lacking in feel much of the time.

It's not perfect then, but it does have neat styling, a well laid out and spacious cabin, a huge boot and high levels of standard equipment.