By John Murdoch on 2021-03-13 - John is regional editor for Media Scotland's Lanarkshire and Lothian titles. Three times president of the Association of Scottish Motoring Writers he has been writing about cars for over 40 years. Recently awarded lifetime membership of the National Union of Journalists and was the subject of a motion in the Scottish Parliament congratulating him on his service to newspapers. 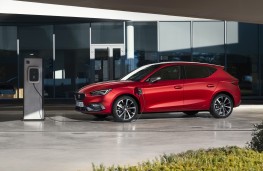 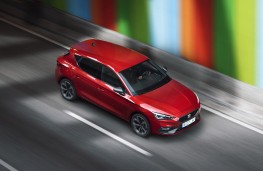 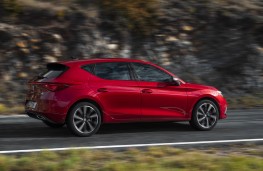 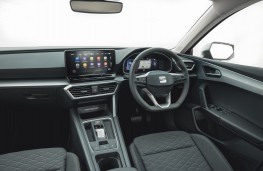 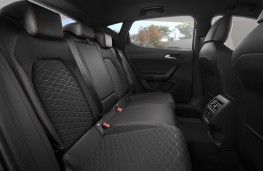 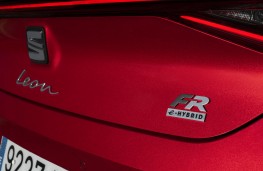 SPANISH car manufacturer SEAT is riding high at the moment thanks to its three popular SUVs but its biggest seller is still the popular Leon which first arrived back in 1999.

So far the Leon has clocked more than 2.2 million sales and the all new fourth generation model arrived late in 2020.

There are no fewer than six trim levels to choose from with the option of petrol, diesel, mild hybrid or plug-in hybrid powertrains. e Leon is available in hatchback or estate body styles and prices start from just under £21,000.

The new Leon boasts a sharper design with a new grille and headlights as well as a longer bonnet and a new rump which features nice LED lights. It has a smart sporty appeal to it and looks good from any angle.

Inside the Leon is generously equipped with an impressive infotainment set-up. e focus is very much on the 10-inch touchscreen from which you can control most functions.

The online connectivity allows some infotainment functions to use real-time information so drivers can be alerted to accidents and delays up ahead, as well as details such as parking costs and availability, plus lots more.

And the good news is that the Leon is still fun to drive with well weighted steering which provides plenty feedback. It is agile and enjoys country roads but is equally at home in town or on motorway cruises.

The new model is slightly longer and that is good news for back seat passengers who enjoy extra legroom. It is also very practical with 380 litres of boot space which increases to 1,210 litres if you collapse the 60:40 folding rear seats.

On the safety front SEAT claims the new Leon is the safest car it has ever built and it was awarded a maximum ve stars when tested for its Euro NCAP safety rating. It has a wealth of systems and driver assist aids to help protect passengers and also to help prevent accidents happening.

I have been sampling the Leon in the recently arrived e-Hybrid form which will have extra appeal to business and company car drivers because of its tax advantages.

The plug-in version of the Leon will qualify for a six per cent bene t in charge tax rating and a competitive total cost of ownership gure of 30 pence per mile. With a P11D price - on which company car tax rates are calculated - starting from Â£30,915, the Leon e-Hybrid also has an electric-only range of 40 miles putting it into the ultra-low BiK banding.

The e-Hybrid drivetrain combines a smooth 1.4-litre TSI petrol engine with an electric motor and six-speed DS G transmission, resulting in a total power output of 204ps and an impressive 0-62mph time of 7.5 seconds. It has a top speed of 137mph and produces CO2 emissions of 27g/km and a combined best fuel consumption gure of 217.3mpg.

To get anywhere near that you would have to be charging the car every day and doing most of your journeys under electric only power.

It can be recharged from a wall-mounted domestic unit in just under four hours and from six hours using a three-pin plug. 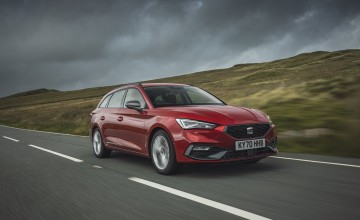