By Peter Keenan on 2021-03-14 - Peter has been with the Birmingham Post & Mail since 1990 and took on the role as motoring correspondent in 2007. He has been part of the Driving Force team for more than 10 years and his reviews are used nationwide by Trinity Mirror publications. 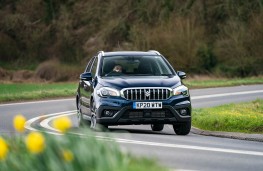 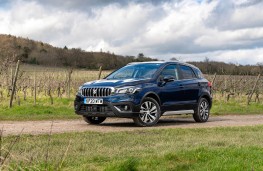 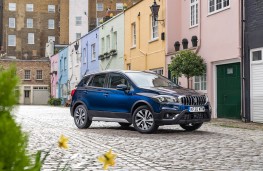 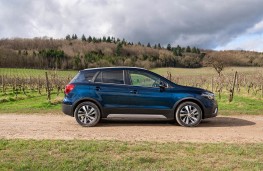 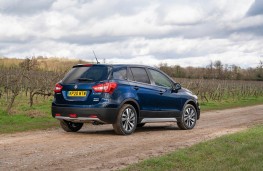 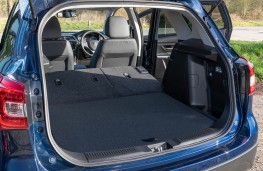 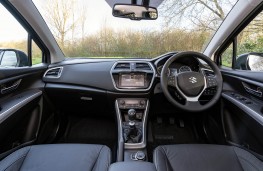 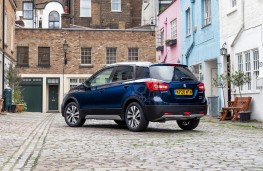 THE Suzuki S-Cross is now being offered by the Japanese car brand as a mild hybrid.

What's the difference between a mild hybrid and a full hybrid I hear you cry.

Well, mild hybrid cars use their electric motors to support the engine during acceleration and cruising - but cannot power the car independently at normal driving speeds - while full hybrids are able to use battery power only to get around for a limited range.

The new S-Cross is part of an electrification programme for Suzuki models that has also seen the company's new 48-volt hybrid powertrain introduced for the Swift Sport and the Vitara.

It features a lightweight design with the components adding less than 15kg to the overall bulk of the vehicle.

The result is a saving on fuel usage with Suzuki claiming a 15 per cent overall improvement in WLTP combined consumption as well as a big reduction in carbon dioxide emissions.

I didn't reach the 45.7mpg figure quoted for the S-Cross, but a lot of my time with the crossover was spent on the motorway so the shade over 41 I did record wasn't too shabby.

While fuel use is being minimised, energy that would otherwise be lost when decelerating and braking is harvested by the lithium-ion battery which, along with a convertor unit, is located under the front seats to assist overall weight distribution.

The electric motor is in cahoots with a 1.4-litre Boosterjet petrol engine that together with an Integrated Starter Generator and a reasonably slick six-speed manual gearbox allow 62mph to be reached from a standing start in a shade over ten seconds on the way to a claimed top speed of 118mph.

Another plus-point for the new hybrid system is the introduction of electric motor idling when the clutch is disengaged and the engine speed is approximately 1,000rpm.

Power from the electric motor is used to control and maintain engine idling at vehicle speeds below 10mph and when stationary so eliminating fuel consumption under these conditions.

Everything is electrically controlled by the ISG unit and the car is ready to accelerate on request with no engine restart delay - which is another way of saying you don't really notice the hi-tech wizardry going on underneath the surface.

What you will notice is the harvesting of electrical power with the sensation of the engine braking when you lift off the accelerator - there's also a helpful sign in the instrument panel that lets you know when this is happening.

But it isn't a chore and the S-Cross is nimble to drive with good levels of grip guaranteed on the flagship SZ5 model as it features Suzuki's Allgrip four-wheel-drive system which is lockable so gives the compact SUV plenty of off-road credibility.

The ride is firm but far from uncomfortable as most of what passes for roads these days is handled efficiently by the suspension.

The exterior looks snazzy with smart 17-inch alloy wheels, LED daytime running lights and rear privacy glass. The cabin is modern with comfortable seats, while a pleasant atmosphere is guaranteed by dual-zone air conditioning and a fully-opening panoramic sunroof.

There are splashes of chrome surrounding the vents and the colour touchscreen which gives access to the SZ5's goodies. These include sat nav and a digital radio with USB socket and steering wheel controls while the tech menu also boasts Bluetooth. Other neat features include a rear parking camera and adaptive cruise control.

There is lots of leg room in the back for two adults who benefit from a centre drop-down armrest containing a couple of cup holders.

The boot space easily accommodates a family's weekly supermarket shopping expedition while the rear seats split and fold flat when bulkier items like your golf clubs need to be stowed. There's a handy storage space underneath the boot floor where valuables can be hidden away from prying eyes. 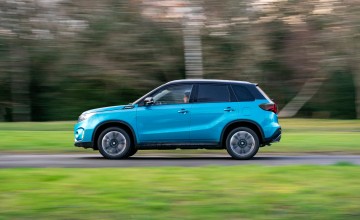 THE H-word is getting to be a vital accessory in the new car marketplace.In... 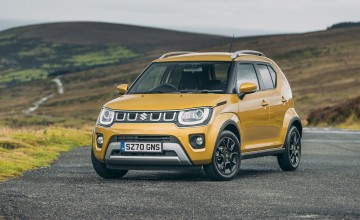 AS SUVs have proliferated in all their forms downsizing has certainly been a...