By Maxine Ashford on 2021-03-22 - Maxine has been a journalist since the late 1980s and for the past 13 years has specialised in motoring. Former motoring editor at Media Wales responsible for the Western Mail, South Wales Echo, Wales on Sunday. Freelance since 2009, Maxine loves cars but not quite as much as rugby! 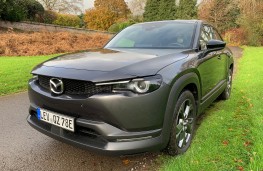 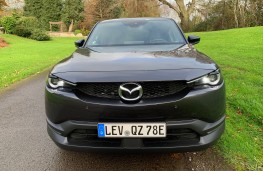 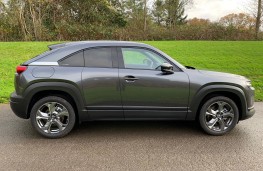 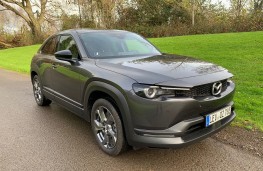 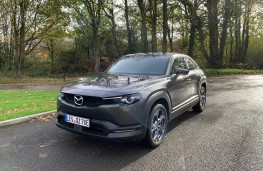 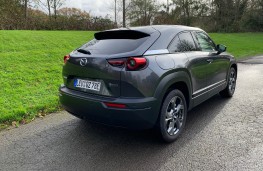 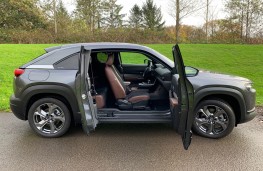 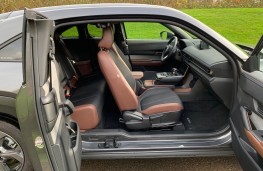 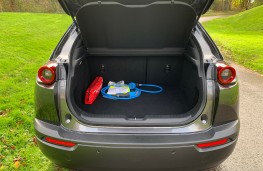 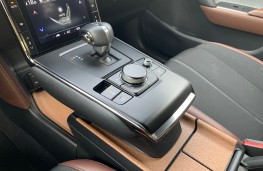 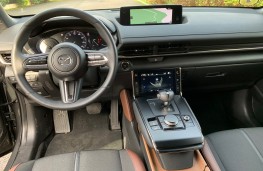 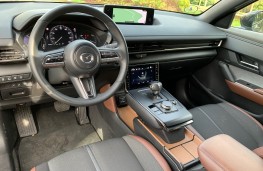 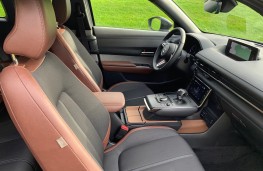 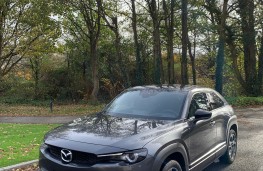 MAZDA has joined the race for EV sales with its eye-catching MX-30 SUV model which has certainly been greeted with positive views.

There's no denying the new model is very easy on the eye - like most Mazda cars in fairness - with a powerful grille, sweeping light clusters, a smooth tapering-off roofline, tinted windows and neat alloy wheels. There are also ‘freestyle' doors which I will get to in a bit.

Move inside and the car is thoroughly modern in its design and layout with a keen view towards sustainability and the environment. Mazda has replaced real leather upholstery with a vegan alternative, the door trim fibres are made from recycled plastic bottles and the floating console is created from heritage cork which has been harvested from the bark of trees without any felling.

Also with an eye on the planet and its limited resources, Mazda has decided to fit a relatively compact battery to the car with 35.5kWh. This delivers a maximum 145PS and 271Nm of torque allowing the car to sprint from 0-62mph in 9.7 seconds with a top speed of 87mph.

Developing a smaller battery than many other EV models is a feather in Mazda's cap as it creates less CO2. It's also beneficial to the ride and handling due to its light weight. On the downside, the range is quite low compared to rivals with a limit of 124 miles between charges. This is similar to the Honda e driving range and Mazda assures us that most daily commutes are far less, so range anxiety shouldn't be an issue.

The interior of the MX-30 is clutter-free with a wealth of techno treats to explore. The powered driver's seat and fully adjustable steering wheel makes finding the perfect driving position a doddle and there are memory settings to store the set-ups.

There is a seven-inch touchscreen where all the air conditioning systems are found, along with an 8.8-inch infotainment screen positioned on top of the dashboard where features are accessed via a rotary dial in the floating centre console.

Special mention too for the simplicity of the screen behind the steering wheel which shows all the vital stats such as driving range, battery percentage and speed, along with the level of regenerative braking which can be adjusted via steering wheel paddles. Many EVs leave you suffering an information overload after viewing their screens for a few seconds.

When it comes to performance, the MX-30 remains faithful to Mazda's tradition for developing exciting cars that deliver great all-round handling. The acceleration from a standstill is rapid with the false engine noise offering a hint at the power levels being used.

The car fizzes along country lanes, but the power does seem to drop a little at about 45mph when the car is less eager to deliver the goods. But, it is worth reminding ourselves that the MX-30 will be mainly driven on fairly short daily commutes and school drops.

The car is technically a five-door - however, it has those freestyle doors.Basically, the front doors open forwards just like normal, but the rear doors open backwards to create a clean opening free from B pillars. Sounds great apart from the fact that the rear doors cannot be opened without the front ones opening first. In addition, passenger space in the back is a tad limited as is the view through the tiny windows which cannot be opened. Children will love the quirkiness of these doors, but it may not be long before the novelty wears off.

The fairly soft suspension set-up helps protect occupants when the car hits unexpected bumps and dips, and it also feels nicely planted and balanced into tight bends. The MX-30 has nicely weighted steering which is fairly light so perfect for weaving through busy city centre traffic and great for parking too.

The boot has a 366-litre capacity, which is increased to 1,171 litres with the 60:40 split-folding rear seats dropped flat. This limit reduces to 341 litres and 1,146 litres respectively if the car is fitted with the upgraded Bose sound system.

And there are plenty of storage compartments scattered throughout the car with lots of space beneath the floating console, a glovebox, front and rear cup holders, door bins and a sunglasses holder. There are buttons in the back of the driver's seat to automatically tilt and slide the seat forward for ease of entry and exiting the vehicle which is a clever touch.

Another plus factor of fitting a small battery is the charging time ofthree hours from 20 to 80 per cent using AC power or 36 minutes using rapid chargers.

All in all, the Mazda MX-30 is a fine addition to the growing fleet of pure electric vehicles on sale at the moment. And for anyone concerned about the limited miles between charges, there will be an extended range petrol-EV version introduced in 2022.