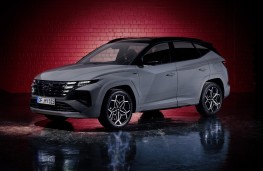 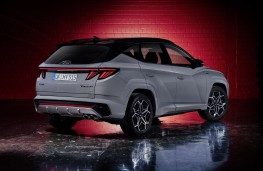 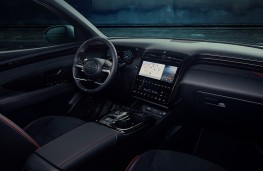 PRICES and specifications of the sporty Hyundai Tucson N Line have been announced with the line up starting from £31,110.

The five model range will top out from £37,065.00 for a 180ps mild-hybrid version with a seven-speed automatic transmission and all-wheel-drive.

The N Line range starts with the standard N Line 1.6 T-GDi 150ps six-speed manual model and all versions have styling changes to set them apart from the regular Tucson.

As well as changes to the car's grille design which incorporates an N Line badge there's a different bumper design with black bezels around the headlights.

At the back of the car the N Line has a longer spoiler and a diffuser around the twin exhausts.

Inside, there are N-branded sports seats, a different steering wheel and a black headlining among the features.

Fuel consumption data is still to be confirmed but the 150ps manual model has a 0 to 62mph acceleration time of 10.3 seconds with the mild-hybrid timed at 9.6 seconds. Both have 117mph top speeds.

Hyundai has also revealed it will be extending the N Line trim to the full hybrid and plug-in versions of the Tucson later in the year.