By Jon Smith on 2021-04-18 - Jon is a senior motoring journalist with a background writing for weekly/provincial daily and national newspapers and magazines. He has held executive news and features positions in Fleet Street and evening titles. Former Pirelli Motoring Writer of the Year winner. Currently specialising in product launches, safety issues, car tests and future motoring trends. 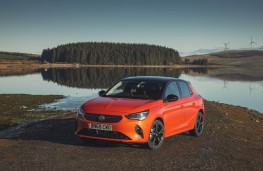 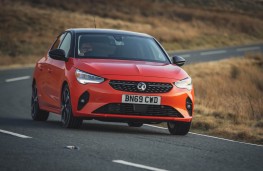 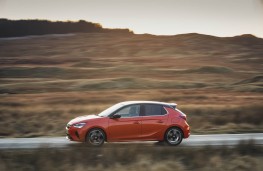 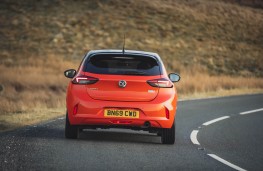 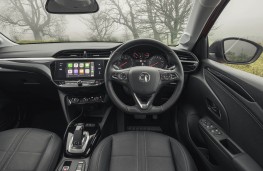 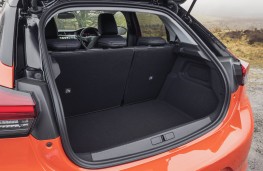 THE name's the same but pretty much everything else is very different.

Even the language the new Vauxhall Corsa speaks has changed...because beneath the skin, the latest baby is really French rather than British or German.

Now that Vauxhall is PSA owned - as part of the newly announced Stellantis group - it now shares much of its technology and bits with Peugeot Citroen.

Most popular version of the Corsa is likely to be the 1.2-litre petrol, and in 100ps turbo form as driven here it offers a pleasing blend of refinement with decent economy and an ease of driving that has somewhat evaded the long-running supermini.

From a practical point of view, it's roomier than the old version, more comfortable with greater leg and headroom and the hatchback boot with 309litres of cargo space measures up well to its rivals. The opening to the boot is also now wider making it more accessible to larger items.

Like most of its competitors, the Corsa comes as a five door only. With wide opening doors getting into and out from the front or rear is easy.

The facia is cleanly designed with the ubiquitous touchscreen taking pride of place. It's easy to use and all the controls and instruments are close to hand. Lots of soft-touch plastics and quality mouldings make the cabin a pleasant place to be, although the infotainment system lags behind those of Ford and VW.

Apple CarPlay and Android Auto compatibility is standard however.

When it comes to driving the new car is a noticeable step up on previous Corsas. The free-revving 1.2 engine is a joy to use with ample torque and quick reactions. There's no evidence of turbo-lag as the little unit responds immediately to the throttle.

With 62mph coming up in little more than 10 seconds, it is among the more nimble hatches on the block. The engine itself is muted and there's little wind noise or mechanical intrusion. Like most three-cylinder units it emits a rather deep husky burble which emphasises the car's sporty nature without detracting from its refinement.

It handles tidily with a sporting edge that was never in evidence in previous Corsas. The Ultimate Nav gets 17-inch alloys as standard ensuring the cornering is sharp and tenacious. Light controls and responsive steering help add to the ease of driving.

Adding further to the big-car feel of the Corsa is the option of automatic gearbox, which suits the nature of the car perfectly. Changes by the eight-speed box are fast and almost imperceptible and take the strain out of town traffic queues without in any away reducing driving enjoyment on the open road.

It's relatively easy on the wallet with most owners likely nudge economy close to 50mpg. 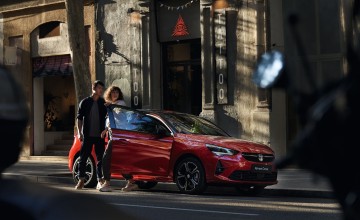