By Lee Gibson on 2021-04-24 - A journalist with nearly 30 years of experience on some of the biggest regional newspapers in England and Wales including the Birmingham Mail, Express & Star, Western Mail, the Sunday Mercury and Wales on Sunday. He currently edits the Sunday Mercury motoring pages as well as contributing to Eurekar. 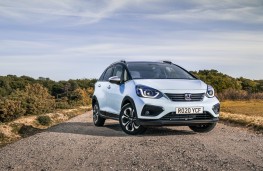 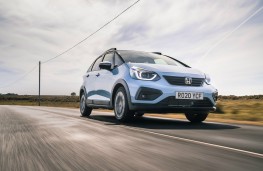 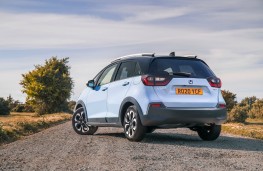 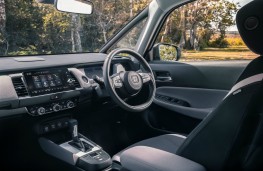 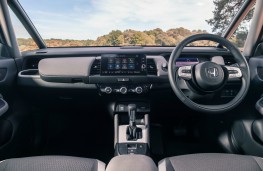 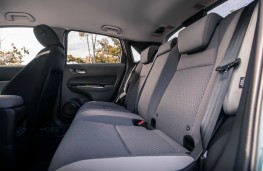 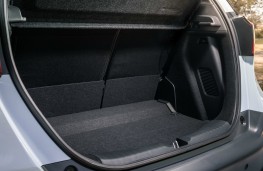 IF you needed any further proof that the crossover craze has taken a firm grip on the car market the new Honda Crosstar surely provides it.

The fact that the Japanese car maker felt compelled to create a jacked-up version of its popular and hugely practical compact hatchback is a sure sign that these pseudo-SUVs are here for the foreseeable future.

The Crosstar sits at the top of the newly revamped Jazz range offering, says Honda, a more youthful appeal that is aimed at buyers with ‘active lifestyles' - a phrase much liked by motor industry marketing folk which appears in the advertising blurb for any number of similar vehicles.

The Jazz has been around since 2001 and gone through three previous generations - but none have been quite like this one.

The Crosstar rides 30mm higher than the rest of the range, as well as being slightly longer and wider, and the fashionably rugged SUV-style presence is created with the addition of a bolder grille, black cladding to the wheel arches and sills, integrated roof rails and silver and black two-tone, 16-inch alloy wheels.

Crosstar buyers can also opt for a model-specific surf blue paint job with a contrasting black roof, which Mrs Gibson particularly liked, while on the inside the upholstery is water repellent - presumably for allthose outdoorsy types.

When pootling around town, the Crosstar switches automatically between electric-only EV mode and hybrid drive to maximise efficiency with the petrol engine taking the full load at highway speeds, supplemented by an extra boost from the electric motors for sharp acceleration.

Shifts between the three modes are seamless and the car is punchy and responsive to drive, with an indicator on the instrument panel telling the driver when EV mode is in operation.

The only issue is the engine roar as the CVT catches up when you ask for a quick turn of pace - but this is an affliction of all cars which employ such transmissions and when driven more sedately the Crosstar is pleasingly refined, as you'd expect of a hybrid.

The extra height means a little more body roll in corners than with a normal Jazz and the ride is a little firm and jittery over poorer road surfaces but otherwise comfortable.

Fuel economy and emissions also both take a slight hit when compared to the standard car but at 58.9 miles per gallon on average and 110g/km respectively they're still respectable and mean running costs should be low.

Inside the Crosstar has all the roominess and practically of the rest of the range and for which the Jazz has become rightly renowned.

Space in the rear is particularly good for a supermini and the rear seats also feature cinema style flip up bases - dubbed magic seats by Honda - as well as 60/40 split backs which fold flat in the more usual way, creating a lot of load carrying versatility in such a compact car.

You can only have the Crosstar in range-topping EX trim so you'll be paying a flagship price of Â£23,385 before you start adding metallic paint and any accessories you might fancy.

However, that obviously buys you range-topping equipment as well and the Crosstar is bristling with some pretty decent kit for a small car.

A nine-inch touchscreen infotainment interface incorporates digital radio, navigation and Apple and Android smartphone connectivity as well as a rearview camera, while the audio system is an upgraded one featuring eight speakers. 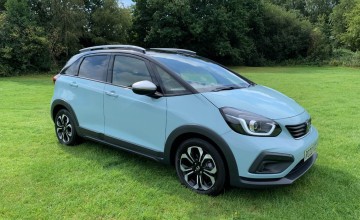