By Edward Stephens on 2021-05-09 - Edward edits the motoring pages of the Birmingham Mail and Birmingham Post as a freelancer after more than 35 years on the staff. Also writes on motoring for various other newspapers, trade magazines and well known websites. 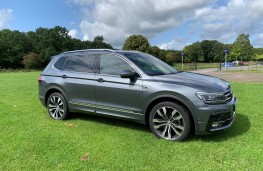 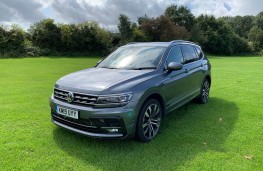 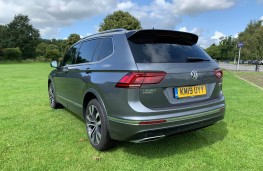 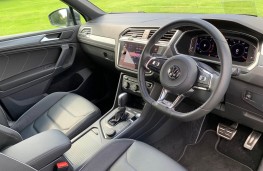 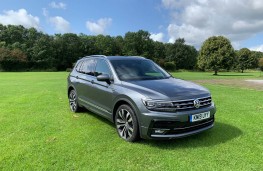 WITH sales of six million around the world there's obviously not a lot wrong with the Volkswagen Tiguan.

And when you reach a milestone like that it's hard to know how to improve things to ensure people keep buying.

But VW has come up with a clever idea - make the Tiguan look more like it's larger and more expensive brother the Volkswagen Touareg. After all that's the model numerous Tiguan owners aspire to.

So the new version now has a completely re-designed face, with a more defined bonnet that extends over the radiator grille reminiscent of that on the Touareg.

Add to that new style LED headlights and the new mini-Touareg look is complete.

But inside there are changes too, although not immediately obvious, with a new digitised 3-zone air conditioning system with touch panel controls and sliders.

On the top two spec models you also now get VW's literally brilliant matrix headlights, but these are not fitted to the Life model driven here.

The Life, one level up from the entry level model, is expected to be the best seller on a value for money basis, bearing in mind the numerous features it has on board.

It's a car which takes all the best elements of VW's best selling hatchbacks - like the new Golf - and wraps them up in an SUV body, which probably explains why the car was the most globally successful model in the whole of the VW group last year.

And as soon as you take the driver's seat you can see why this is such a popular family car, with plenty of space, excellent all-round vision and controls which are intuitive and simple to use.

What you see is what you get. There's even a small button marked trip to let you zero the mileage counter. And while that might sound obvious it's amazing how many cars I have driven which make even this simple requirement a Mensa-style puzzle requiring up to five actions.

The Tiguan has a nice, solid build quality feel to it with doors that close with a firm clunk yet need just a gentle push.

The cockpit is more functional than flashy but everything just feels right and is easy to live with.

There's excellent legroom for rear seat travellers and the rear bench seat slides backwards and forwards to improve that space or extend the luggage room, which is already a cavernous 615 litres rising to 1,655 with the rear seatbacks down.

And the Tiguan is packed with useful storage compartments in both the front and rear.

Powered by a 1.5-litre petrol engine developing 150bhp the Tiguan Life offers crisp acceleration, but while never feeling lacking it's no hot hatch competitor. Anyone seeking that will have to wait for a new 320 bhp version which is due soon.

It's also surprisingly frugal on fuel thanks in part to its two-cylinder mode which cuts power to two of the four cylinders when on a light throttle.

The Tiguan Life is packed with a wide range of safety features as standard and there's a long list of optional extras to allow you to personalise it.

On board the car I drove was a winter pack which included heated front seats, a heated steering wheel and heated windscreen washer jets at a very reasonable Â£410. A rear view camera was an additional Â£370 but is well worth it to replace VW's traditional but not enormously helpful graphics-based system. 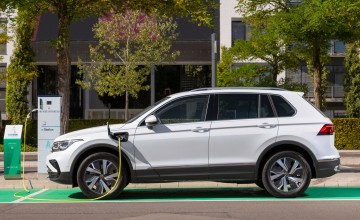 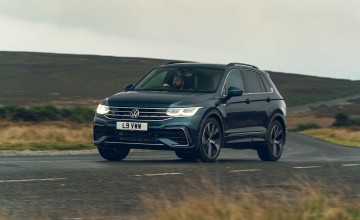