By Chris Russon on 2021-05-11 - The driving force behind Eurekar. Chris heads up a team of motoring correspondents under the Driving Force banner. Prior to Driving Force becoming independent in 2010 he was Chief Motoring Editor for Trinity Mirror Regional newspapers. Chris has been writing about cars for almost 40 years. 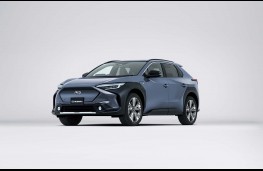 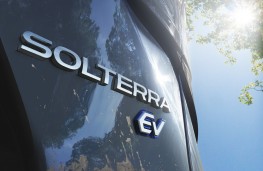 THE first battery electric model to come from Subaru will be an SUV called the Solterra.

Due for release in the middle of 2022 the car is a bi-product of the Japanese car maker's link up with Toyota.

Subaru says the name is a blend of the Latin words for sun and earth and it was chosen to represent the brand's commitment to deliver traditional go-anywhere capabilities in an all-electric vehicle.

The medium-sized vehicle is the first to sit on a new platform specifically for electric vehicles which has been created by Subaru and Toyota which recently revealed a concept model based on the same architecture.

The range of collaboration between the two includes product planning, design and performance evaluation with Subaru's all-wheel-drive technology and Toyota's vehicle electrification technology, being used ‘to create a new SUV with attributes that only an all- electric vehicle can offer'.

The Solterra will be joining other Subaru SUV vehicles including the Outback, Forester and XV when it arrives next year in key global markets.

Further details are to be released closer to the vehicle's launch next year.