By Mike Torpey on 2021-05-15 - Driving Force news editor and responsible for organising our daily output. He was staff motoring editor of the Liverpool Echo for 20 years. 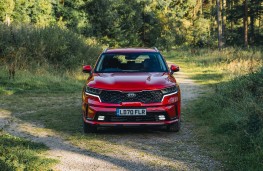 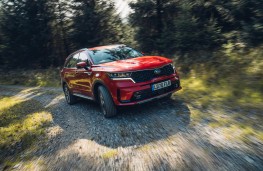 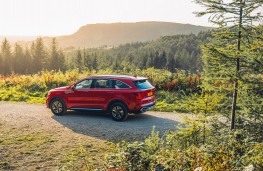 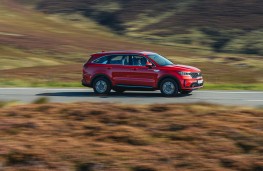 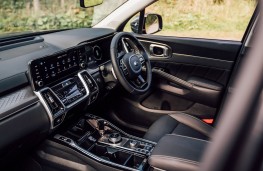 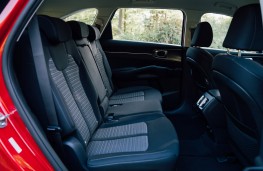 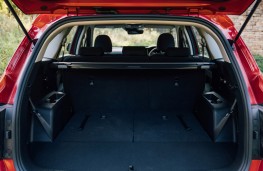 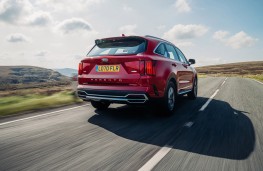 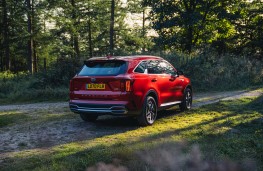 THE Kia Sorento may have originally been launched as a utilitarian all-terrain vehicle, but it has been transformed into something far more desirable.

Some 19 years down the line we're now talking about the Korean company's most high-tech car ever.

It is an extremely important one for Kia too in that it represents the first use of electric power in the brand's flagship SUV, a line-up that also includes the more compact Stonic, Niro and Sportage models.

And that means all variants of the Sorento with the exception of the 2.2-litre diesel are hybrids

Now into its fourth generation, the latest Sorento has taken a huge step forward in terms of its design, capability, technology and comfort.

In fact with the latter consideration in mind it is the first vehicle to be based on Kia's new midsize SUV platform, so there's a larger body with 35mms longer wheelbase to maximise cargo and luggage space.

That's a big deal given that this is a genuine three-row seven-seater.

The hybrid car's battery pack is located under the cabin floor, beneath the front passenger rather than the boot, so all-round space is impressive - up to 813 litres and 821 litres in the diesel - and the back two rows fold flat.

There are also controls in the side wall of the boot to fold down the second row seat backs at the touch of a button.

That's not the case here though - the headroom is good, there's a wider point of entry with more room for legs and feet, a grab handle for climbing aboard while there's also a cupholder and smartphone tray.

Out on the road the Sorento is smooth and well balanced, the hybrid powertrain comprising a 1.6-litre direct injection petrol engine, a 270-volt electric motor and lithium-ion battery pack for a combined output of 226bhp and the capability of accelerating from standstill to 60mph in 8.7 seconds.

It feels lively with nicely weighted steering, even with a full complement aboard, the only downside being average fuel consumption in our case of 29 miles per gallon - well down on the official figure. That said, much of the driving was in urban conditions less than conducive to attractive economy.

For those wanting to tackle something more adventurous every model has all-wheel drive plus a new Terrain Mode, selected via a dial on the centre console, making the car more capable in mud, snow and sand.

The other area in which the Sorento really impresses, and this is now a common feature of Kia offerings across the board, is that of refinement.

The more sculpted, swept back profile of the car suggests something equally absorbing within. That's certainly the case in what is very much a technology-orientated cabin, fitted with premium quality materials.

Our model in top grade ‘4' trim featured a 12.3-inch digital driver instrument cluster along with a 10.25-inch touchscreen for info and navigation at the centre of the dash, metallic and satin-effect surfaces and black quilted Nappa leather seats.

You also get mood lighting for a more lounge-like feel, a wireless smartphone charger and a 12-speaker BOSE surround sound system in addition to various storage spaces.

And if that little lot's not enough the new Sorento can tow a braked trailer of up to 1,650kg in weight, with a maximum tow ball capacity of 100kg - and that's sufficient to haul a medium-sized caravan or boat.

Safety features like a Blind Spot View Monitor, which displays a hi-res video feed in the driver's instrument cluster if the driver indicates to change lane with another vehicle hidden in their blind spot, parking collision avoidance and a reversing camera are all included along with the added security of Kia's seven-year/100,000-mile transferable warranty. 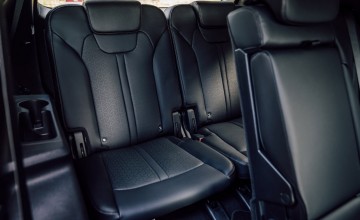 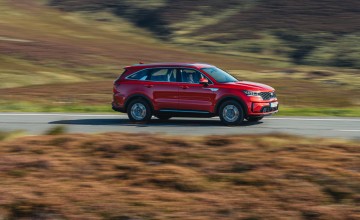