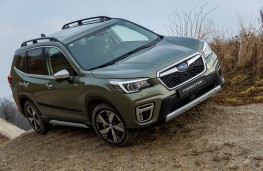 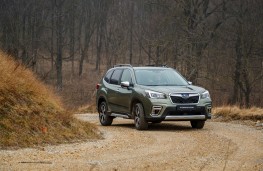 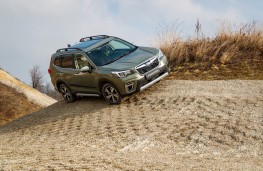 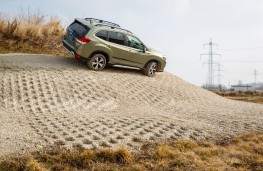 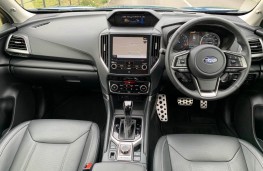 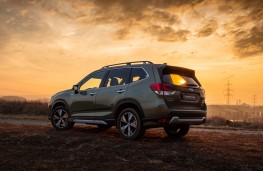 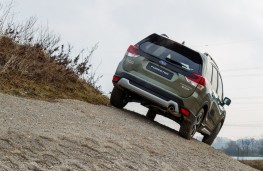 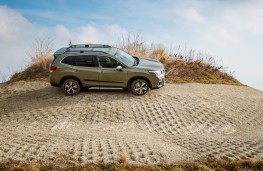 THE Forester has grown to become Subaru's top-selling model in the UK and is a popular choice among customers who trust it to be safe, capable and reliable.

That's no surprise as the fifth-generation model has a lot going for it.

For a start, it is a genuine off-roader. Equipped with Subaru's trademark symmetrical all-wheel drive as standard it was named 4x4 Magazine's Best Small SUV of the Year 2020.

It also won the Technology Award for its Driver Monitoring System at the 2020 What Car? Awards.

This, fitted as standard on all Forester models, uses facial recognition technology to detect if the driver's gaze has shifted away from the road and alerts vehicle occupants if this occurs.

If the driver looks out of the window or across at a passenger for an extended period of time, the system will recognise their face direction is not forward and a warning will sound to alert the driver to focus on the road ahead. The system also functions if it thinks the driver is drowsy.

This helped the Forester become Euro NCAP's Best in Class 2019 in the Small Off-Road/MPV class. And it achieved the highest score ever in its class for Child Occupant Protection. If family safety is a priority, that's some record.

Since last year, Subaru's popular compact crossover has been available with a new powertrain, the e-Boxer, which combines a 2.0-litre direct injection horizontally opposed petrol engine with an electric motor. A lithium-ion battery unit is mounted within the boot floor and allows for pure-electric driving at speeds of up to 25mph - handy around town.

At medium speeds, the motor and the engine work together to improve power and performance. It also improves off-road ability as it generates earlier torque when using X-Mode and also assists when towing. Forester e-Boxer's towing capacity is 1,870 kg.

At higher speeds, the Forester e-Boxer is driven solely by the petrol engine.It officially returns 34.7mpg - which isn't great these days - but I managed 31.8mpg which isn't far off.

Another niggle is the company's insistence on sticking with its CVT gearbox. It works fine cruising on the motorway but, need a quick burst of speed for overtaking or tackling a steep hill and you get a huge flare in revs and engine noise which doesn't match the car's forward progress.

However, the new platform has vastly improved the way the Forester drives. The previous generation's body roll is gone, there's good levels of grip and it feels very planted on the road. It makes long - and short - journeys very pleasant.

And, while it might look a lot like its predecessor, it's actually entirely new as well as longer and wider, meaning there's even more space inside - and enough legroom for four adults to travel in comfort.

There are only two trim levels for buyers to choose from - XE and XE premium - both with a generous level of standard equipment. There's keyless entry and push button start, LED headlights, equipped with high beam assist, and LED front fog lights standard across the range. There's also an easy-to-use eight-inch multifunction colour touchscreen which comes complete with Apple CarPlay and Android Auto, DAB radio and Bluetoothconnectivity.

The Forester's boot is big -520 litres of space with the seats up, or an impressive 1,779 litres with them folded flat. It's a well-shaped load space with a low lip so it's very practical.