By Chris Russon on 2021-05-17 - The driving force behind Eurekar. Chris heads up a team of motoring correspondents under the Driving Force banner. Prior to Driving Force becoming independent in 2010 he was Chief Motoring Editor for Trinity Mirror Regional newspapers. Chris has been writing about cars for almost 40 years. 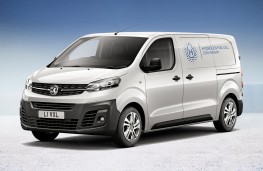 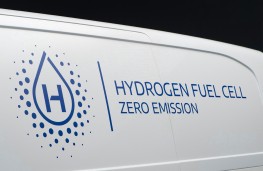 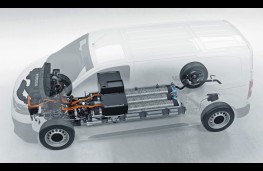 VAUXHALL has announced plans to enter the fuel cell market with a hydrogen powered version of its Vivaro van to be on the road in the UK from early 2023.

The vehicle, developed by its sister company Opel, will be launched in Europe later this year and has a range of up to 249 miles.

Refuelling can be done in just three minutes and the fuel cell vehicle will be joining the battery electric Vivaro in the brand's zero emission manifest.

Vauxhall is currently speaking to business customers in the UK about hydrogen fuel cell and expects right-hand drive vehicles to arrive in 2023.

The Vivaro-e HYDROGEN will be assembled at Vauxhall/Opel's Research and Development Centre in Russelsheim, Germany.

The hydrogen vehicle will have a cargo volume up to 6.1 cubic metres, the same as the diesel or battery electric versions.

Paul Willcox, managing director of Vauxhall, said: "Vauxhall is already leading the way with an all-electric van range, and now we are set to add hydrogen to the line-up as an efficient energy system of the future.

"Vauxhall-Opel has more than 20 years of experience in developing hydrogen fuel technology which offers zero emissions-in-use, a long driving range and ultra-fast refuelling. We are already in contact with UK fleet operators that want to go the extra mile on sustainability and we look forward to bringing Vivaro-e HYDROGEN to the UK soon."

The new fuel cell electric vehicle (FCEV) is based on the existing battery electric Vivaro-e with two sliding side-doors.

The plug-in fuel cell concept of the Vivaro-e HYDROGEN enables the integration of the whole fuel cell system with the existing traction motor under the bonnet of the production vehicle.

The battery of the Vivaro-e is replaced by three 700- bar hydrogen tanks and according to Vauxhall the carbon-fibre cylinders can be filled in just three minutes, giving a range of 249 miles.

The fuel cell electric LCV has no modifications to the body which is available in standard 4.95m and long 5.30m wheelbase and with no impact on the 5.3 to 6.1 cubic metres of cargo space, while the payload increases to 1,100kg.

The Vivaro-e HYDROGEN with its 45kW fuel cell is capable of generating enough power for continuous motorway driving, while the 10.5kWh lithium-ion battery, located under the front seats, provides peak power when required - for example, at start-up and under acceleration.

Since the battery covers power needs in such situations, the fuel cell can run at optimum operating conditions. The battery also enables regenerative braking, while the plug-in capability offers the opportunity to recharge the battery externally if necessary at a charging station, providing 31 miles of pure battery electric range.

IT won't hit the roads until late summer, but Vauxhall dealers will be more... 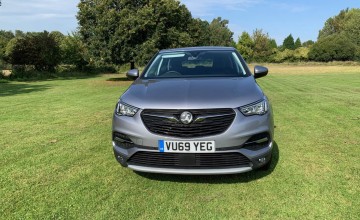