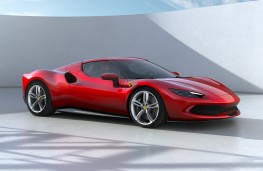 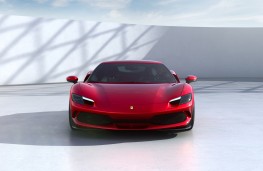 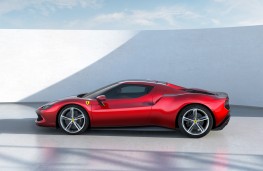 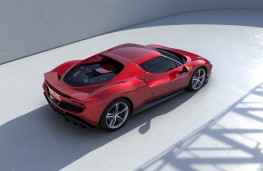 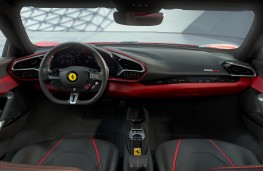 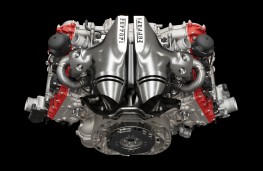 FERRARI has taken the wraps off its new 296 GTB supercar which comes with a V6 plug-in hybrid powertrain that boasts the highest specific power output of any production car.

Prices are still to be confirmed but it is expected the car will cost from around £230,000 and will be on the road in the UK during 2022.

It is the first six-cylinder road car Ferrari has produced since the legendary Dino of 1974 and the 2.9-litre twin turbo engine of the 296 GTB produces an astonishing 218bhp per litre without electrical assistance.

The plug-in hybrid arrangement boosts the power output even more and the 296 GTB is said to have an emission free range of up to 15 miles.

It is also the first Ferrari road car to sport a V6 turbo with an angle of 120 degrees between the cylinder banks with the turbochargers installed inside the vee, lowering the car's centre of gravity.

Its aerodynamics include an active rear spoiler that generates extra downforce and maximises the car's handling and braking performance at high speeds.

Four drive modes will be available including an electric-only setting, a regular hybrid mode and others for performance and optimal battery recharging.

And for those who want to exploit the car's power and performance to the utmost, a 296 GTB Assetto Fiorano package is available which includes special GT racing-derived adjustable Multimatic shock absorbers optimised for track use, high downforce carbon-fibre appendages on the front bumper that can deliver an additional 10 kg of downforce, a Lexan rear screen, and more extensive use of lightweight materials such as carbon-fibre for both cabin and exterior.