By Ian Donaldson on 2021-06-29 - Ian estimates he has driven more than 6,000 cars (so far) in a road testing career that's taken him around the world. He has spent several years as a full-time staff motoring editor and is now a busy freelance journalist

PEUGEOT'S new 308 hatchback, available with plug-in hybrid powertrains for the first time, will cost from £24,000, with first models arriving in UK showrooms in December.

From launch, the new 308 is available with two Plug-in Hybrid Electric Vehicle (PHEV) powertrains alongside petrol and diesel engines.

Plug-in hybrid buyers have a choice between the HYBRID 180 e-EAT8 (from Allure specification) or the more powerful HYBRID 225 e-EAT8 (from GT), with both vehicles powered by a 12.4kWh electric battery and a 1.6-litre petrol engine.

Both the HYBRID 180 e-EAT8 and HYBRID 225 e-EAT8 models feature an 81kW electric motor and both are capable of driving up to 39 miles in electric mode under official WLTP testing.

With CO2emissions from 25g/km, the 308 HYBRID models are also eligible for a Benefit-in-Kind rate of just 13 per cent, making them attractive for fleet and business users.

All PHEV variants come with a 3.7kW on-board charger as standard, with buyers able to add a faster 7.4kW charger as an option. A full charge using the standard charger will take 3 hrs 50 mins, while the optional 7.4kW charger reduces this to 1 hr 55 mins. 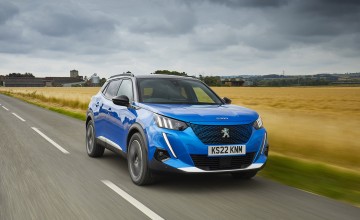 PEUGEOT has confirmed prices and specifications for the new 3008 and 5008 SUVs... 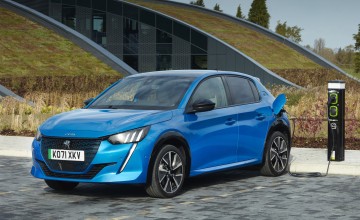