By Jon Smith on 2021-07-03 - Jon is a senior motoring journalist with a background writing for weekly/provincial daily and national newspapers and magazines. He has held executive news and features positions in Fleet Street and evening titles. Former Pirelli Motoring Writer of the Year winner. Currently specialising in product launches, safety issues, car tests and future motoring trends. 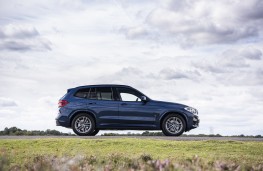 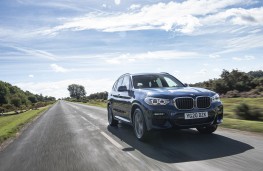 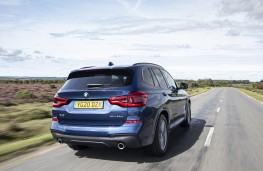 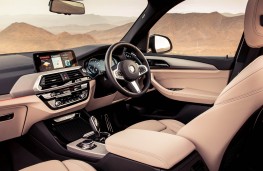 ONE thing you don't expect from a boxy, high-riding SUV plug-in hybrid is electrifying performance.

Well, it is electrified, I suppose, so why ever not?

The car we've been driving is a BMW, which has a certain reputation in the performance department. The X3 xDrive 30e M Sport has the usual merits of the breed - toughness, off-road ability, high-tech and robust build quality.

But in addition to these established values, its carbon footprint is miniscule at just 48g/km which is both good news for the planet and company car users alike.

Like its petrol and diesel brothers, it is four wheel drive. Power is from a 181bhp, two litre four cylinder petrol engine allied to a 108bhp electric motor, punching out a useful 288bhp, which partly explains the turn of pace.

It can travel 29 miles on electricity alone before the conventional engine joins the party. Near silent in electric mode and acceptably hushed when the ‘cavalry' arrives it's an easy, relaxing car in which to swallow up the miles.

The suspension strikes the right compromise between limiting body roll and soaking up the bumps with a complete absence of wallowing even under hard cornering. For a tall vehicle with a relatively high centre of gravity, it handles surprisingly well.

Communicative steering that's pleasantly weighted plays its part in making the X3 a satisfying car from a driver's point of view. The automatic transmission with steering wheel paddles works well and effortlessly complements the power unit.

It all adds up to a sensible balance between everyday practicality and a degree of dynamics that's not easily found in high riders.

There are three power modes to choose from which determine the degree or battery involvement.

The only noticeable drawback of the xDrive 30e is its restricted luggage room compared with the petrol or diesel alternatives. Cargo space is down 100litres to 450litres, still a reasonable size for family getaways.

No surprises in the cabin, a very much driver focused environment with well made, high grade plastics that appear tough and long lasting. It's all logically laid out if a little predictable and a tad dull in dark grey or black.

No shortage of space either front or back. Passengers and driver sit high and fairly upright allowing a commanding view of what's around. Leather seats are generously proportioned and supremely comfortable.

With a price tag nudging £50,000, there are plenty of tasty goodies on board including sat nav, electric tailgate, climate control, alloys and leather trim.

But there are always enticing extras to temp a greater spend such as technology pack which includes head-up display, wifi preparation, loud speaker system and enhanced Bluetooth. That will set you back almost £2,000.

Then there's a premium package at Â£1,608 which gets you panoramic opening glass sunroof, electric seats with memory and lumbar support.