By Chris Russon on 2021-07-12 - The driving force behind Eurekar. Chris heads up a team of motoring correspondents under the Driving Force banner. Prior to Driving Force becoming independent in 2010 he was Chief Motoring Editor for Trinity Mirror Regional newspapers. Chris has been writing about cars for almost 40 years. 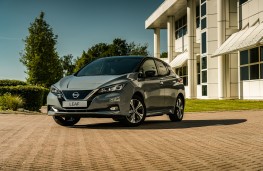 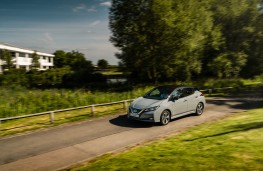 A NEW soundtrack has been developed by Nissan to alert pedestrians and other road users to its electric vehicles and it will be introduced on the latest version of the Leaf.

Called Canto it is a distinctively pitched electronic ‘whirling' sound which will warn all road users of the presence of a 100 per cent electric vehicle at speeds of up to 18mph.

The Canto system has been created by sound designers and engineers at Nissan Japan and locally adapted for Europe at Nissan Technical Centre Europe using a spectrum of sonic palettes.

The sound has been composed to ensure it varies in tone and pitch depending on whether the vehicle is accelerating, decelerating, or reversing.

Automatically activated when travelling at low speeds it ensures the car is clearly audible, without being alarming to pedestrians, residents and passengers.

"After engineering the Canto sound, we installed it to the LEAF MY21 to enable us to carry out both subjective and objective evaluations to better match the expectations of the European customer," said Paul Speed-Andrews, noise and vibration development manager at the Nissan Technical Centre Europe which is based at Cranfield in Bedfordshire.

The sound will be a feature of all Nissan electric vehicles and will be introduced on the new Leaf when it arrives later in the year.

As well as the Canto system the new Leaf also features Apple CarPlay and Android Auto, in car wi-fi and blind spot monitors.

Built in Britain at Nissan's Sunderland factory, it will be available with either a 40kWh battery which gives a range of 168 miles or a longer range 62kWh battery which is capable of up to 239 miles between charges.

Prices are not changed for the new model which sees the range start from £25,995. 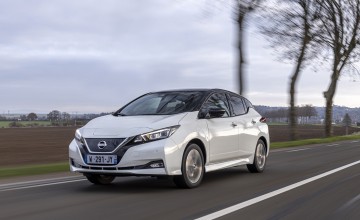