By Edward Stephens on 2021-07-17 - Edward edits the motoring pages of the Birmingham Mail and Birmingham Post as a freelancer after more than 35 years on the staff. Also writes on motoring for various other newspapers, trade magazines and well known websites. 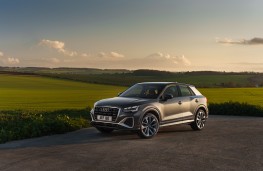 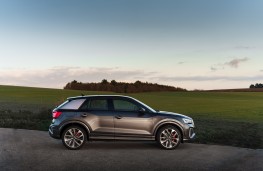 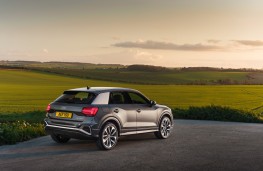 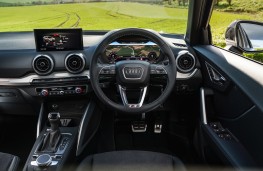 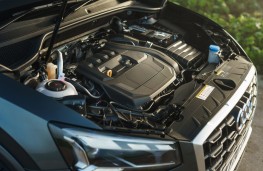 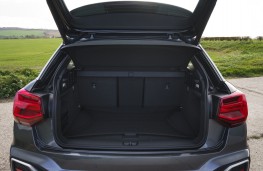 AUDI's smallest SUV has been a hit with motorists since its inception.

But as with all cars there's a need to keep the product fresh to ensure sales carry on going upwards.

So with that in mind the premier German car maker has now revamped the Q2 making it sharper, more trendy and better equipped.

Having said that the exterior's physical changes aren't immediately apparent because of their subtlety, and you have to look close around the grille and rear bumper area to spot them.

One could argue, however, that as the car is one of the brand's best sellers in the UK too many severe style changes could have proved detrimental.

As part of the revamp all models now come with LED headlamps allowing drivers to see and be seen better and the car driven here benefited from Audi's brilliant - both literally and metaphorically - Matrix headlamps, an optional extra at Â£975.

Stylish and trendy with some nice creases in the metal the Q2 is a model which is designed to attract buyers of all ages who are keen to get behind the wheel of a car with Audi's distinctive four rings on the front.

Like its larger siblings in the Q line up the Q2 has a high stance which means plenty of headroom for travellers, and given its dimensions legroom in the rear is pretty decent too - helped by the fact that the new model is now a few millimetres longer.

The interior is smart and practical with a proliferation of brushed metal on the dashboard, doors and centre consoled to contrast nicely with the predominantly black finish.

The only downside of this is the permanent annoying reflection in each exterior mirror of the metal surround on the dashboard air vents closest to them.

The sports-style seats are upholstered in black Alcantara leather with contrasting grey stitching and give impressive side support on fast bends.

In front of the driver is Audi's clever 12.3 inch Virtual Cockpit which allows you to alter the size of the dials and the information that appears in between them, such as satellite navigation information or entertainment details.

Set high on the dashboard is an 8.3-inch monitor which is controlled via a rotary pushbutton near the gearshift.

As well as displaying onboard features this monitor is also the screen for the satellite navigation system and the rear view parking camera.

On the road the seven speed S tronic automatic gearbox is smooth and seamless in normal drive mode and sharp and responsive in sport mode hanging on to each gear longer as the revs mount. And if you want to hold a gear even longer there are paddles behind the steering wheel for hands-on driving.

Rewardingly the Q2 also offers a choice of seven driving modes, including comfort and dynamic so you can alter your drive to suit your mood.

It's 1.5-litre, 150bhp engine is sharp and punchy with a very respectable 0-60mph acceleration time of 8.6 seconds while still delivering impressive economy of more than 44 miles per gallon.

Perhaps more importantly for a family car it offers a nice comfortable ride combined with impressively low noise levels in the cabin. 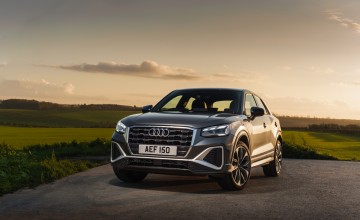