By Enda Mullen on 2021-07-24 - Enda is a business reporter for the Coventry Telegraph and is also the motoring editor for the Solihull News. He covers the Midlands automotive industry and in particular Jaguar Land Rover and Aston Martin product launches. He is a renowned automotive commentator. 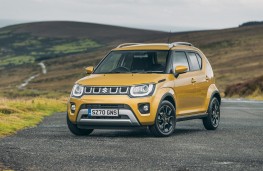 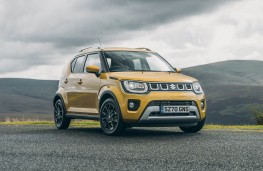 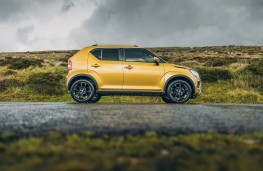 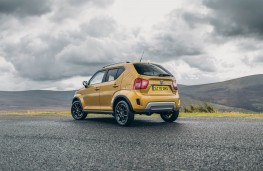 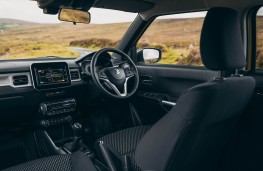 AS SUVs have proliferated in all their forms downsizing has certainly been a recurring theme.

The term Chelsea Tractor has been thrown around a lot in relation to SUVs but it only really applies to the traditional large - and some might say oversized - variety like Range Rovers and their ilk.

It would seem harsh in the extreme to call a Nissan Qashqai a Chelsea Tractor and there are plenty of other modestly-sized SUV-style vehicles that don't clog-up suburban pavements on the school run.

But just how small can an SUV get?

It's an interesting question and the answer is probably as small as a Suzuki Ignis.

Once a fairly anonymous small hatchback with a nod to MPV practicality the Ignis was reborn as a pocket-sized SUV in 2017.

It has all those familiar SUV styling trademarks, with chunky rugged and dare I say it even purposeful looks.

If you were going to make any London suburb vehicular comparisons then you would have to concur that it was more of a Lambeth Lawnmower perhaps (of the sit-on variety obviously).

Jokes apart the Ignis really hits the spot as a super-small SUV and looks the part.

And, in keeping with a long-standing Suzuki tradition of offering four-wheel drive capability on smaller cars, you can opt to have that too - meaning it can deliver genuine off-road capability.

Suzuki have given the Ignis an upgrade but stuck with its distinctive styling.

If anything it has been made to look even more rugged.

The interior has been refreshed and there are new exterior colours.

The front grille has grown and there are new front and rear bumpers featuring trapezoid shape silver fittings.

Ignis buyers can choose from 13 paintwork options and personalise their vehicles with a selection of interior trim colours.

The range is fairly simple - there is just one engine available and three trim levels.

Standard equipment on all is fairly generous.

Step up to the SZ-T and you'll get a rear-view camera, 16-inch alloy wheels, roof rails, wheel arch extensions and Smartphone Link Display Audio with Apple CarPlay and Android Auto.

All Ignis models are powered by an 82bhp 1.2-litre petrol engine paired with a self-charging hybrid system to maximise economy.

This car also had the optional ALLGRIP ‘AUTO' four-wheel drive system which is available on the SZ5 model with manual transmission.

Many motorists might be unaware four-wheel drive is available on such a small car but it means the Ignis is genuinely worth considering as a truly capable vehicle if you need to take on tricky terrain or want added reassurance for winter motoring.

The Ignis is a very easy car to live with and delivers a surprisingly decent drive overall.

The engine performs well and is super-smooth, with that mild hybrid technology ensuring it is very cheap to run.

It might be small but it manages to be splendidly practical given its diminutive dimensions.

That chunky styling means passengers in the rear aren't too cramped - particularly when it comes to headroom - and there's a decent sized boot too.