By Peter Keenan on 2021-08-01 - Peter has been with the Birmingham Post & Mail since 1990 and took on the role as motoring correspondent in 2007. He has been part of the Driving Force team for more than 10 years and his reviews are used nationwide by Trinity Mirror publications. 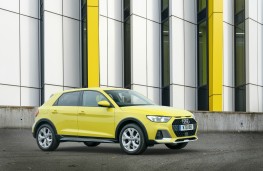 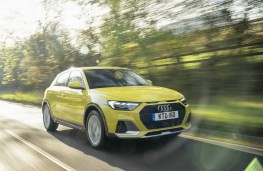 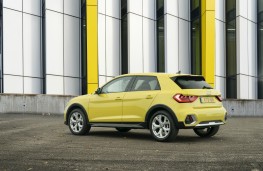 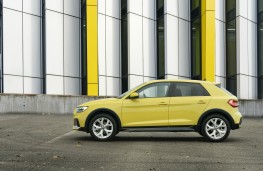 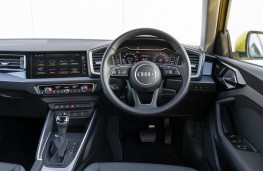 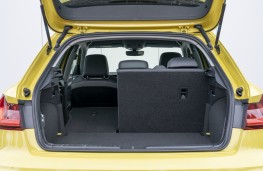 AUDI'S A1 Citycarver is a supermini-sized motor with added SUV style.

The German carmaker has put the jacks under its smallest model and fitted it with some eye-catching bits of bodywork to give it that 4x4 feel.

The recipe is relatively simple. Take a standard A1 Sportback supermini, add extra ground clearance, black plastic cladding for the wheelarches, front and rear protection plates beneath the bumpers, a front grille that mirrors those on Audi's SUVs, plus natty LED lights.

It joins a sector now packed with options as car companies have scrambled to beef up conventional models so they have this string to their bow.

The idea is that someone looking for SUV chic but not wanting a big four-wheel drive beast will welcome the front-wheel drive citycarver as a quality option that isn't a pain to park.

And with sensors and camera helping out this is one requirement that is easily met as it's anything but a chore to slot into that tight city centre space.

Step into the reasonably roomy interior and you immediately notice the large touchscreen dominating the centre of the dashboard that provides a home for a sat nav boasting sharp graphics.

The 8.8-inch display, together with the 10.25-inch digital dash gives all the information you need plus access to the citycarver's many treats.

These include cruise control, smartphone connectivity via Apple CarPlay and Android Auto, plus safety features that stop the car from straying out of its lane as well as autonomous braking.

The interior design is modern with lots of sharp creases and good-quality materials plus a leather-covered steering wheel.

The wheel also acts as a hub for the driver to control things such as the audio system and digital display.

The front seats are comfortable, supportive and heated with full adjustment making it easy to find the perfect driving position.

All the windows feature a one-shot opening and closing feature and the door mirrors fold over when you lock the car.

The air conditioning controls are found under the touchscreen and feature neat, unobtrusive dials that provide the perfect atmosphere for the cabin.

There is room in the rear for two adults, although a raised transmission tunnel makes fitting a third rear passenger in a bit of a squeeze. The 335-litre boot offers a decent-sized space for shopping or luggage.

There are plenty of cup holders for your drinks plus door pockets and a glove box for your bits and bobs with a couple of little cubbyholes between the driver and front seat passenger for keys and assorted odds and ends.

Power is provided by a refined 35 TFSI engine. The 1.5-litre four-cylinder turbo petrol - in cahoots with a slick seven-speed automatic gearbox - offers plenty of get up and go with 62mph reached from a standing start in a smidgeon over eight seconds on the way to a claimed top speed of 136mph.

There is a Drive Select feature offering different modes depending on your needs including efficiency, dynamic, auto and individual.

Fuel consumption is aided by start-stop so in dynamic mode I recorded a hair over 35mpg, while efficiency does what it says on the tin breaking the 40mpg barrier.

The ride is forgiving with a tweaked suspension insulating occupants from the humps and hollows littering our roads. The steering is precise and the handling sharp.