By Chris Russon on 2021-08-02 - The driving force behind Eurekar. Chris heads up a team of motoring correspondents under the Driving Force banner. Prior to Driving Force becoming independent in 2010 he was Chief Motoring Editor for Trinity Mirror Regional newspapers. Chris has been writing about cars for almost 40 years. 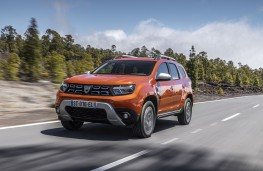 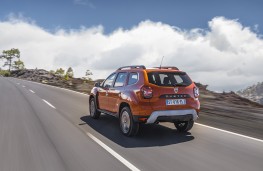 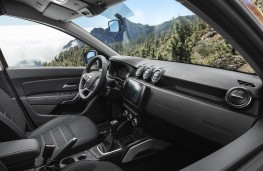 THE new Dacia Duster will be priced from Â£13,995 when it arrives in the UK in September - an increase of some Â£2,000 over the current model.

With a new look inside and out and the availability of a dual clutch semi-automatic transmission paired to the TCe 150 engine the 14 model line up will top out at £20,845.

For the range topping Prestige Blue dCi 115 4x4 model that is a rise of just £400 over the current price.

A bi-fuel model which runs on both LPG and petrol is also being offered which is rated at 44.1mpg officially and priced the same as the entry level Essential model.

Despite the price increase the Duster remains Britain's bargain SUV and 4x4 models fitted with 115ps diesel engines will cost from Â£19,645.

Inside, it is fitted with a high centre console with a retracting armrest, a choice of two multimedia systems with a new eight-inch screen and the dual-clutch automatic EDC gearbox.

The new Duster is available in three trim levels - Essential, Comfort and Prestige - and with the choice of five engines, including the TCe 100 Bi-Fuel first seen on the latest Sandero.

The top-of-the-range TCe 150 engine is now paired to a new six-speed automatic transmission.

Depending on specification the only options are metallic paint and a spare wheel which would add £845 to the price.

The diesel version is almost as quick and is rated officially at 57.6mpg in two-wheel-drive specification with emissions of 113g/km.

Bi-fuel models - which offer a CO2 reduction of up to 9.5 per cent when running on gas - have a claimed range of up to 767 miles.

The LPG variant has a best 0 to 62mph acceleration of 13.8 seconds when running on LPG or 15.1 seconds on petrol.

Boot space is 478 litres for two-wheel-drive versions and 467 litres for the 4x4 versions.

Since the Duster first appeared in the UK in 2013 Dacia has sold more than 200,000 models in Britain and has established itself as a top value for money brand.